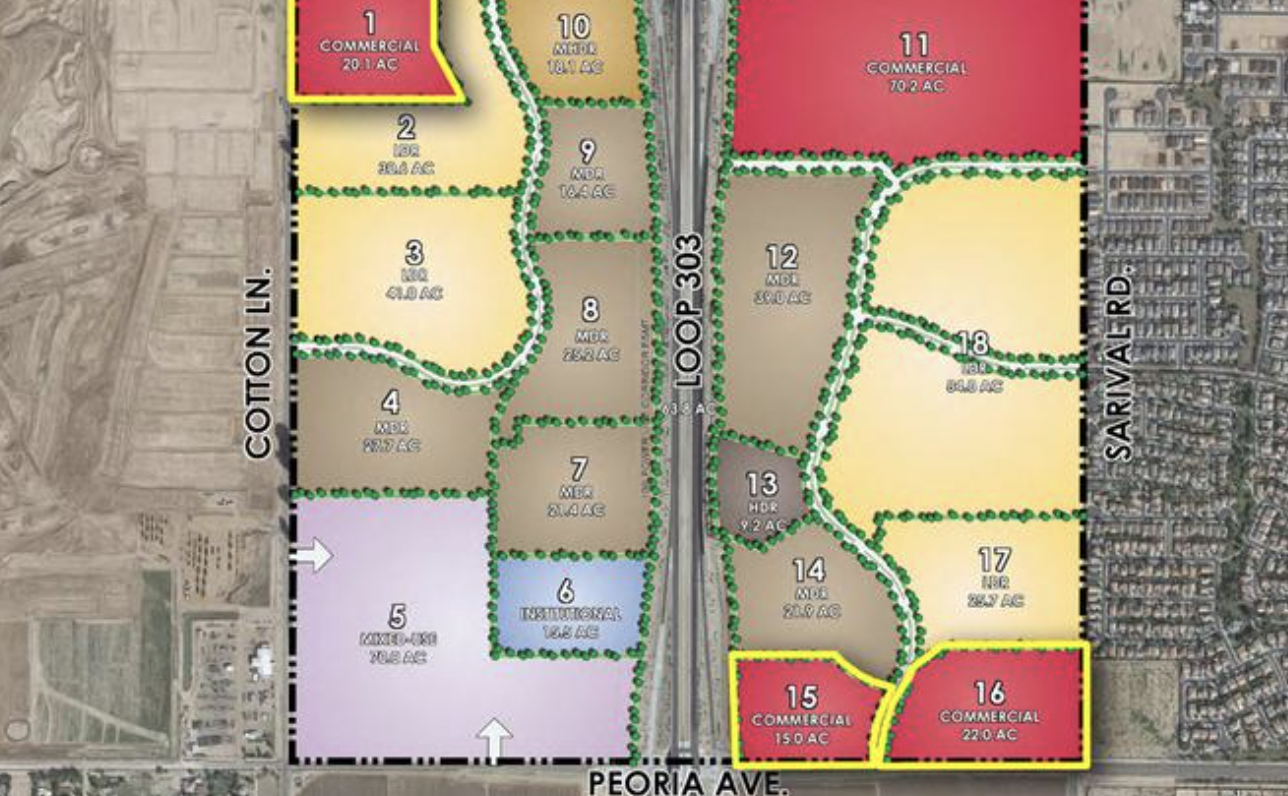 The nation's fifth-largest homebuilder bought the land on each side of Loop 303 just north of West Peoria Avenue in the city of Surprise. Taylor Morrison and KB Home (NYSE: KBH) already had built homes in the first section of the community, called Sycamore Farms.

Robert McGibney, regional president for KB Home, said KB Home already has sold out all its homes at Sycamore Farms and is now eyeing land further south down Loop 303.

"That whole area is really growing and becoming more vibrant than it was a few years ago as things start to fill in," McGibney said.

Nate Nathan, founder of Nathan & Associates Inc., said this is one of the last large residential tracks of ground left on the 303 corridor. He and Courtney Buck, sales associate with the Scottsdale-based land broker, negotiated the sale, which closed Feb. 18.

"It is becoming apparent that east of the White Tank mountains is becoming infill property," Nathan said.

This land buy comes at a time when Taylor Morrison is poised to open 150 new communities in its markets nationwide, including across metro Phoenix.

While Taylor Morrison officials could not be reached for comment, Sheryl Palmer, chairman, president and CEO, told analysts during a fourth quarter earnings call on Feb. 10 that her team has a good appetite for new land.

The company invested $370 million in land and development during the fourth quarter ended Dec. 31 and $1.4 billion during the year, according to its Q4 report.