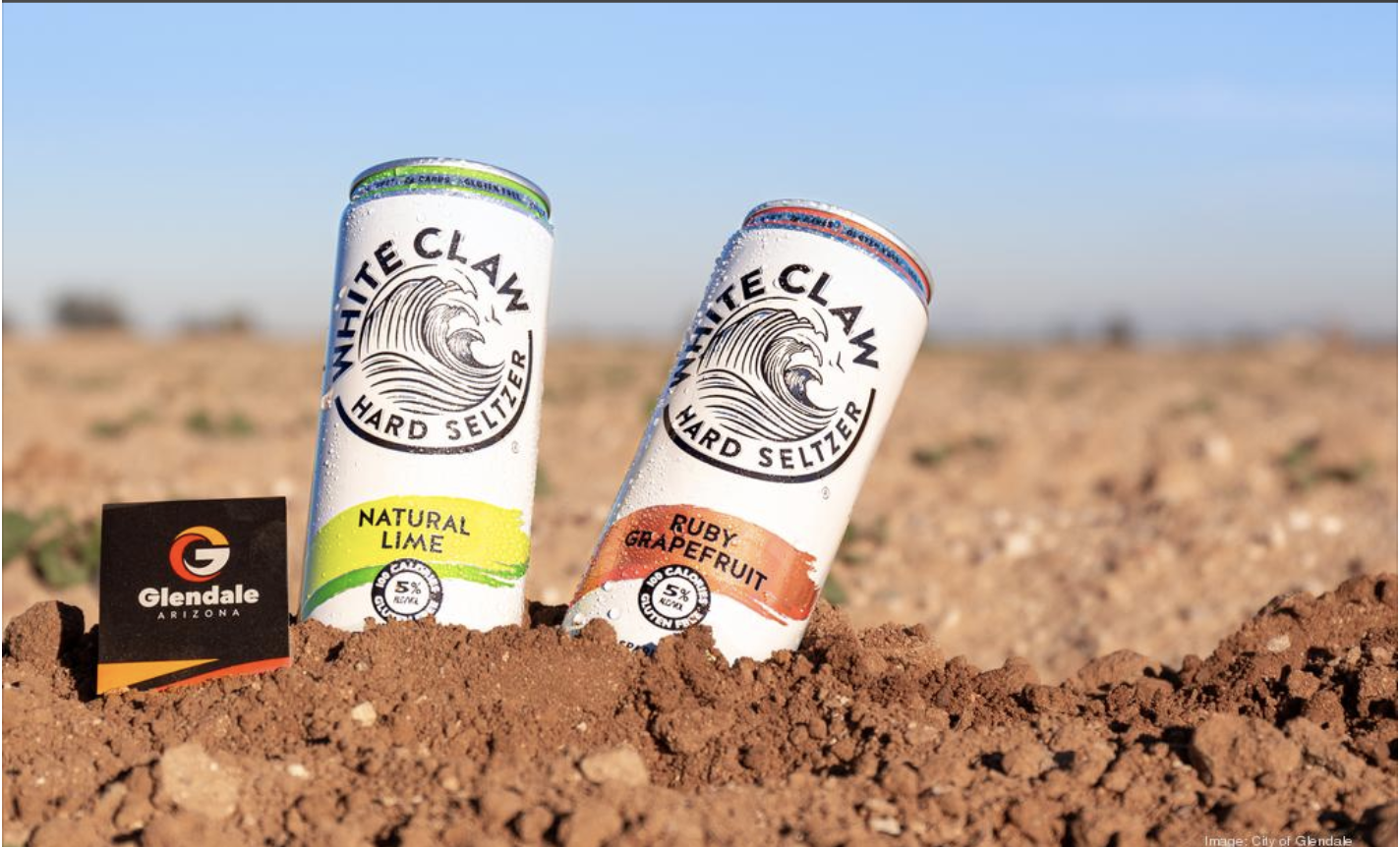 Mark Anthony Brewing, the maker of White Claw Hard Seltzer, announced it will open a facility in Glendale.

PROVIDED BY THE CITY OF GLENDALE

Mark Anthony Brewing, which makes and distributes White Claw, Mike’s Hard Lemonade and other beverages in the U.S., has acquired 96 acres of land for its Glendale facility for $12.8 million, according to real estate database Vizzda.

The city of Glendale announced in January the Chicago-based company planned to build a 916,000-square-foot facility in Glendale near Reems Road between Peoria and Olive avenues. The land was purchased from Leyton Woolf, and the building will be part of the Woolf Logistics facility.

The facility, which will cost $250 million to develop, is anticipated to create 200 jobs when it opens in June 2020, according to an announcement from the city. The facility will be along Loop 303 in Glendale, an area that has become a draw for manufacturing facilities.

The facility will include a brewery and “PureBrew” facility, which is used to make White Claw, Mike’s Hard Lemonade and Cayman Jack Cocktails.

The Glendale project developer is Merit Partners Inc., and the general contractor is Layton Construction.

Merit Partners also is the developer of the nearby filling facility for Red Bull, Ball Corp. and Rauch Fruchtsafte in Glendale, which will total 700,000 square feet and also be in the Loop 303 corridor.