Where Homeowners Move Most, Least Frequently

Where Homeowners Move Most, Least Frequently

On the other hand, homeowners are staying put much longer in other places. Detroit homeowners have the longest homeownership tenure, at more than 20 years. Los Angeles and Cleveland, Ohio, followed, with 18 years. “The reasons that homeowners choose to sell can vary from job security, economic growth, and wage stagnation to construction costs and housing market strength,” the study notes. 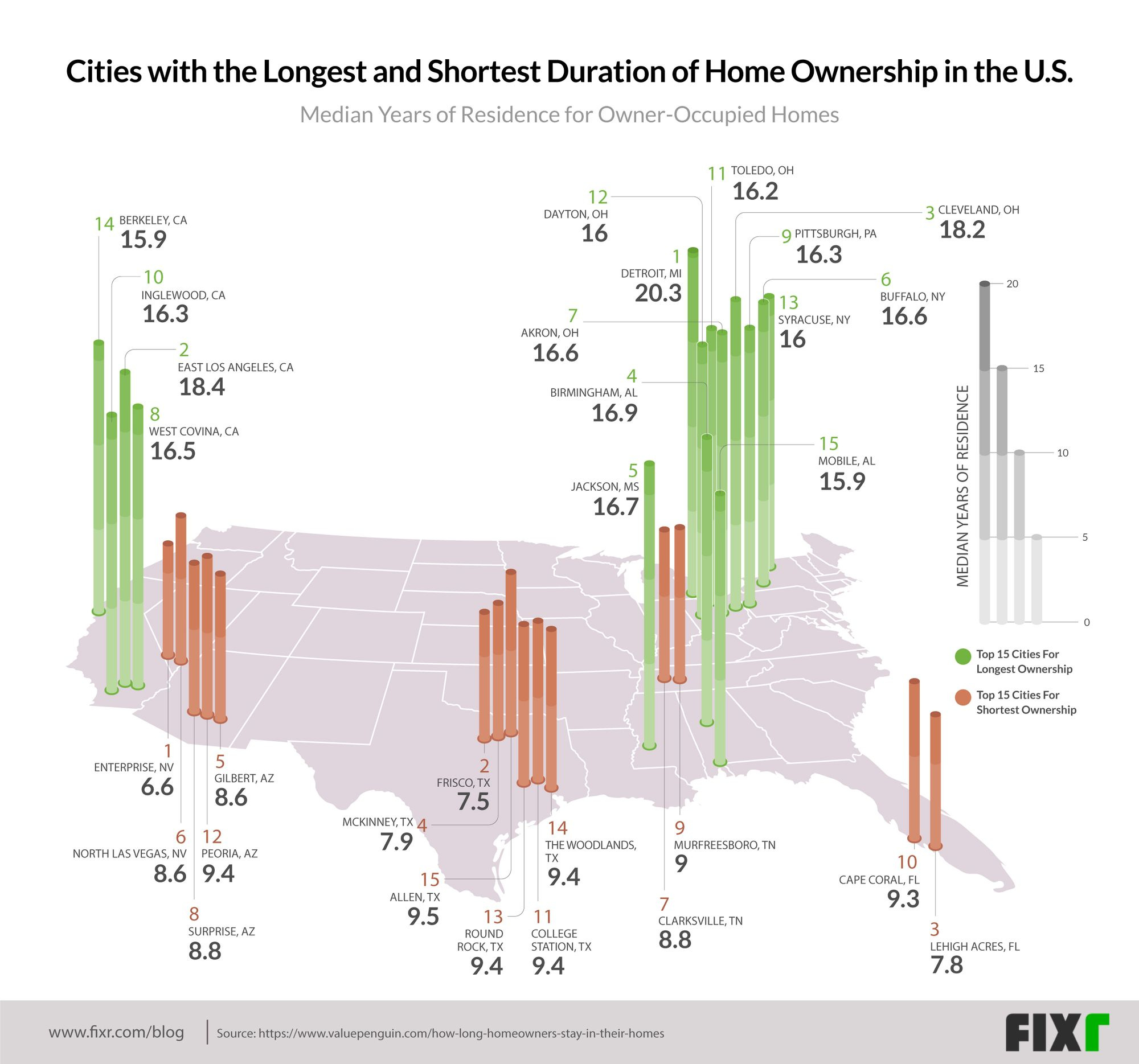