The Cheapest and Priciest Places to Live in the U.S.

The Cheapest and Priciest Places to Live in the U.S.

Move.org analyzed the living costs in 75 of the largest U.S. cities and ranked them based on affordability. In evaluating cost of living, they factored in rent for a one-bedroom apartment, average utility and internet costs, fuel prices, and food. 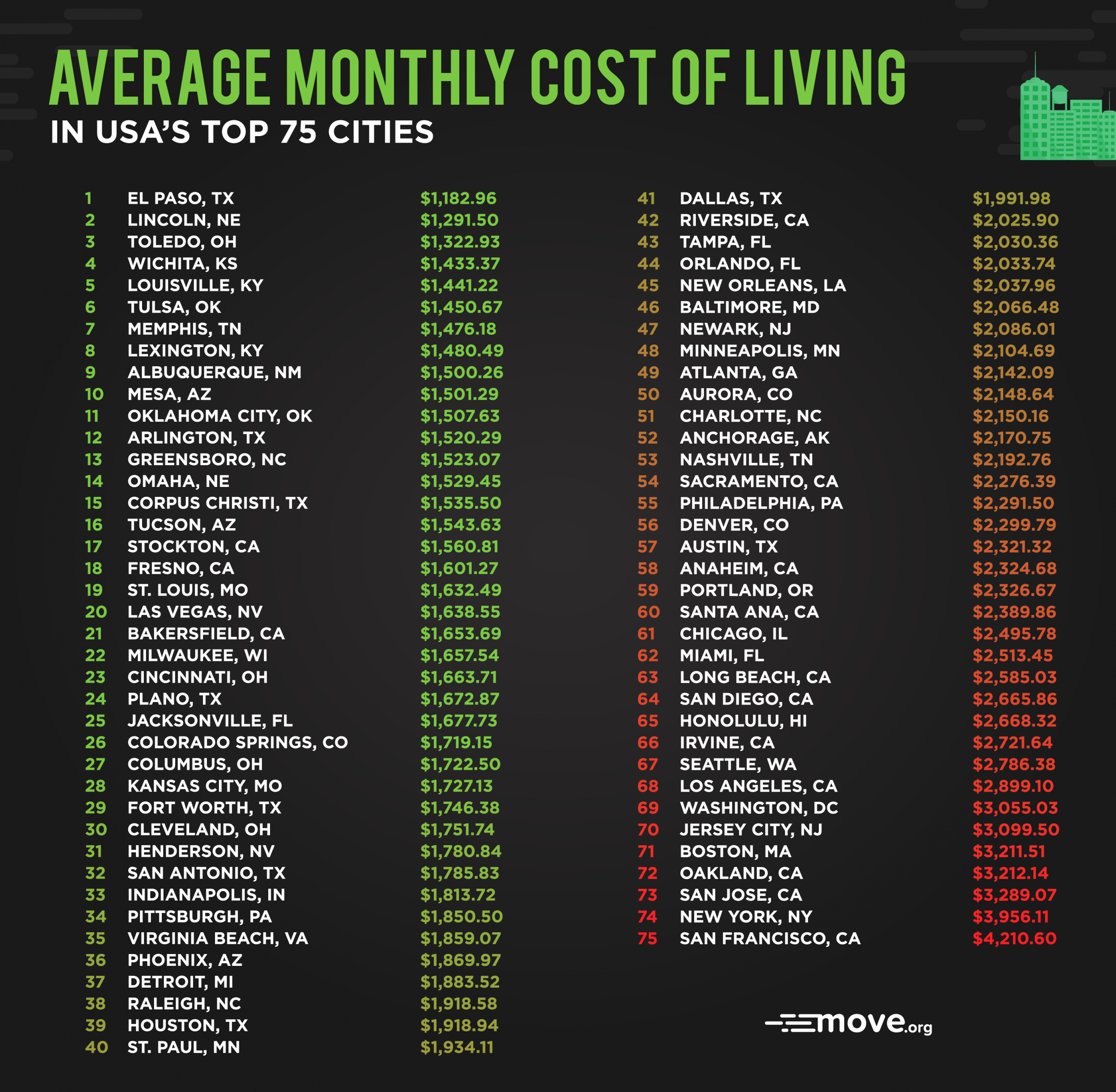 Search the full MLS and Exclusive Property Listings.
(Prices and inventory current as of September 27, 2020)