Dallas-based Exceptional Healthcare Inc. is poised to invest $150 million to develop hospitals in Arizona, starting with what will be the first hospital to be built in the city of Maricopa.

The company's plans call for building six hospitals — each with an initial development cost of at least $25 million and would eventually employ about 600 people throughout the state. In addition to Maricopa, Exceptional Healthcare is planning to build hospitals in Prescott and Yuma. It also is considering Kingman, Bullhead City and Flagstaff among other locations.

Construction on the first phase of Maricopa's forthcoming hospital is expected to break ground Nov. 13. Plans call for starting with a 20,000-square-foot specialty internal medicine hospital, a 24-hour emergency department, along with a digital imaging suite and in-house laboratory.

The first phase will include 20 beds, with 10 emergency room beds and another 10 inpatient beds, said Saeed Mahboubi, co-founder and chief financial officer for Exceptional Health. 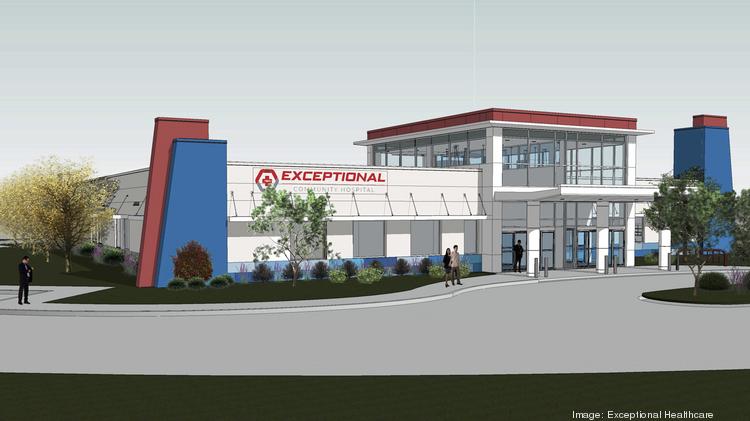 The city of Maricopa is acquiring an additional 4.2-acre parcel behind the hospital and holding it for future growth of the hospital, he said.

Mahboubi said he's never worked with a city that has offered to do something like that during his career. He's built 15 clinics and emergency medical centers throughout Texas.

The first hospital in Maricopa will cost about $18 million to develop, with financing coming from cash on hand along with a loan from the U.S. Department of Agriculture.

This is the first USDA loan Exceptional Health has received, but Mahboubi said he is open to additional USDA loans as he develops other rural hospitals throughout the state.

The first hospital is expected to open in the fall of 2021 at 19060 N. John Wayne Parkway in Maricopa. It will initially employ about 60 people, but that number will eventually grow to 100 employees.

Other hospitals built in Arizona would follow along that same hiring plan.

A second phase would add additional services, such as surgery, rehab services and a cardiac catheterization lab. The third phase would add a 20,000-square-foot medical office building that would encompass three floors and include a pharmacy and pain management clinic.

"Phase two and three could be a $60 million to $70 million project once it's done," Mahboubi said.

Exceptional Health's Arizona debut had been on Mahboubi's mind for a while, but he originally thought about building his first hospital in Yuma.

He had been building animal hospitals in Arizona for US Pets when a person involved in that project mentioned that his uncle suffered a heart attack while in Maricopa. By the time the ambulance arrived from Chandler Regional Medical Center and took him back to the hospital, the man had died because of the more than two hour travel time.

Even though the two closest hospitals to Maricopa — Chandler Regional and Banner Casa Grande Medical Center — are only 25 miles away in each direction, sometimes it takes more than an hour to navigate traffic, Mahboubi said.

City officials have been very encouraging, even extending water and sewer services to the hospital site, Mahboubi said.

As for other potential hospital sites, Mahboubi said he plans to build in Yuma and also is looking into Prescott. He had considered Fountain Hills and the Cave Creek area but when he heard other hospital groups already targeting those areas, he backed off.

"If there are adequate services, then we don't need to be there," he said.

The city of Maricopa, which already has surpassed the 50,000 population mark, is about to grow even more, as homebuilders and developers are planning to build thousands of homes there, which is within Pinal County.