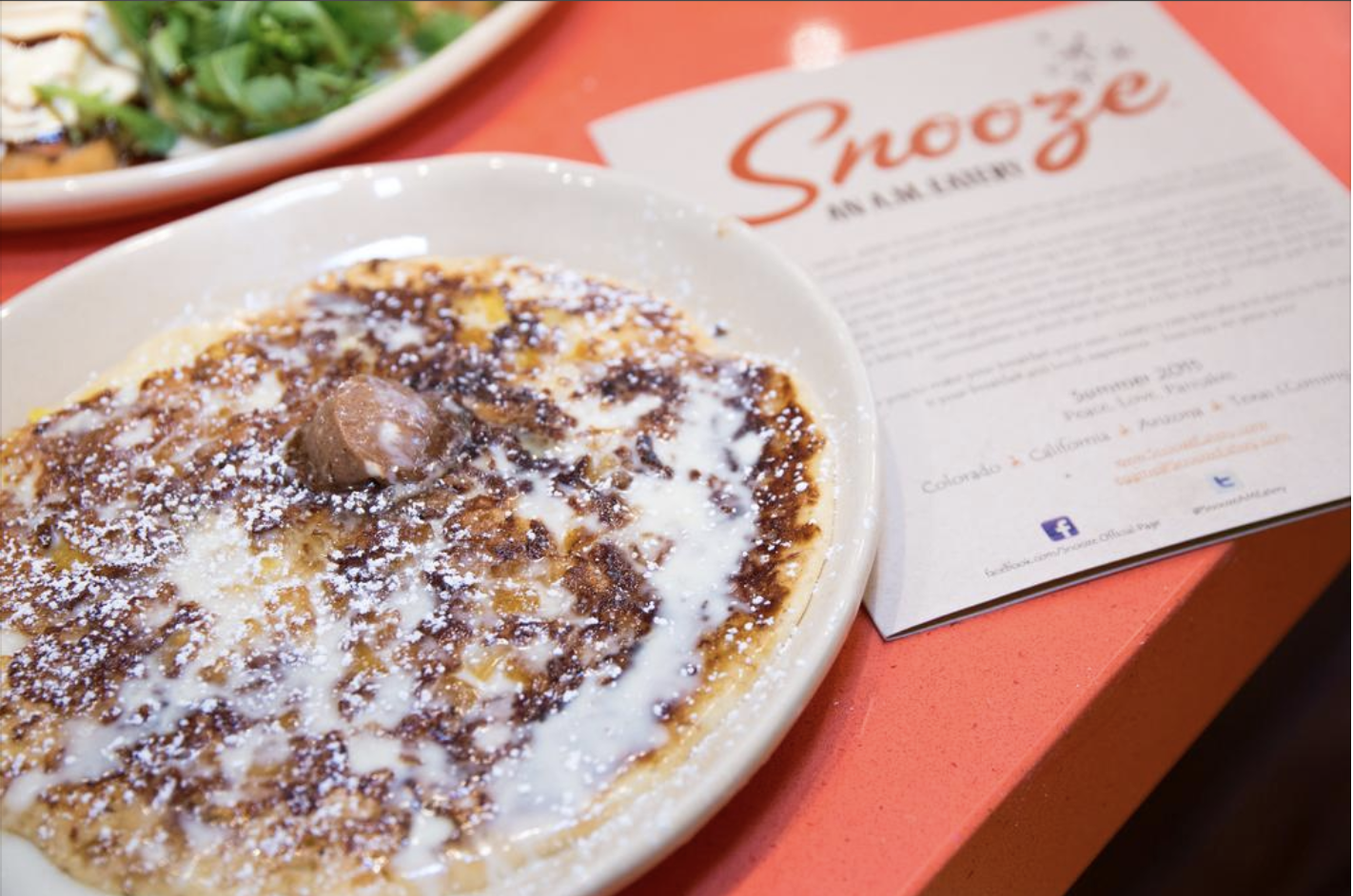 Popular breakfast and brunch chain Snooze an A.M. Eatery is preparing to open another location in Scottsdale.


The Denver-based company applied for a liquor license with the city of Scottsdale for the new location at 8612 E. Shea Blvd. and has started posting job openings online for the location.


The new Snooze space is going where a former Chili’s was located in the Pima Crossing shopping center just off Loop 101 and Shea Boulevard.


Despite the public documents already filed about the upcoming location, Snooze representatives told the Business Journal “we don’t have an updated timeline for that project,” and that it is “still many months away at this point.”


In the liquor license application, which is expected to be approved by the Scottsdale City Council on Jan. 21, the company said it will open a 4,057-square-foot restaurant with an 854-square-foot outdoor patio.

In 2016, Los Angeles-based Karlin Real Estate purchased the Pima Crossing shopping center. In 2018, it purchased the old Chili’s building from Brinker International Inc. for $1.95 million, according to Maricopa County records.


Karlin demolished the former Chili’s building and constructed a new structure that already houses a Starbucks location and will be home to Snooze as well.


There are already six Snooze locations in the Phoenix-area, including one in Scottsdale at the Kierland Commons shopping center. Snooze opened its latest location at the end of December in downtown Phoenix in the former site of Circle Records, on the ground floor of an $80 million, 19-story mixed-use development.