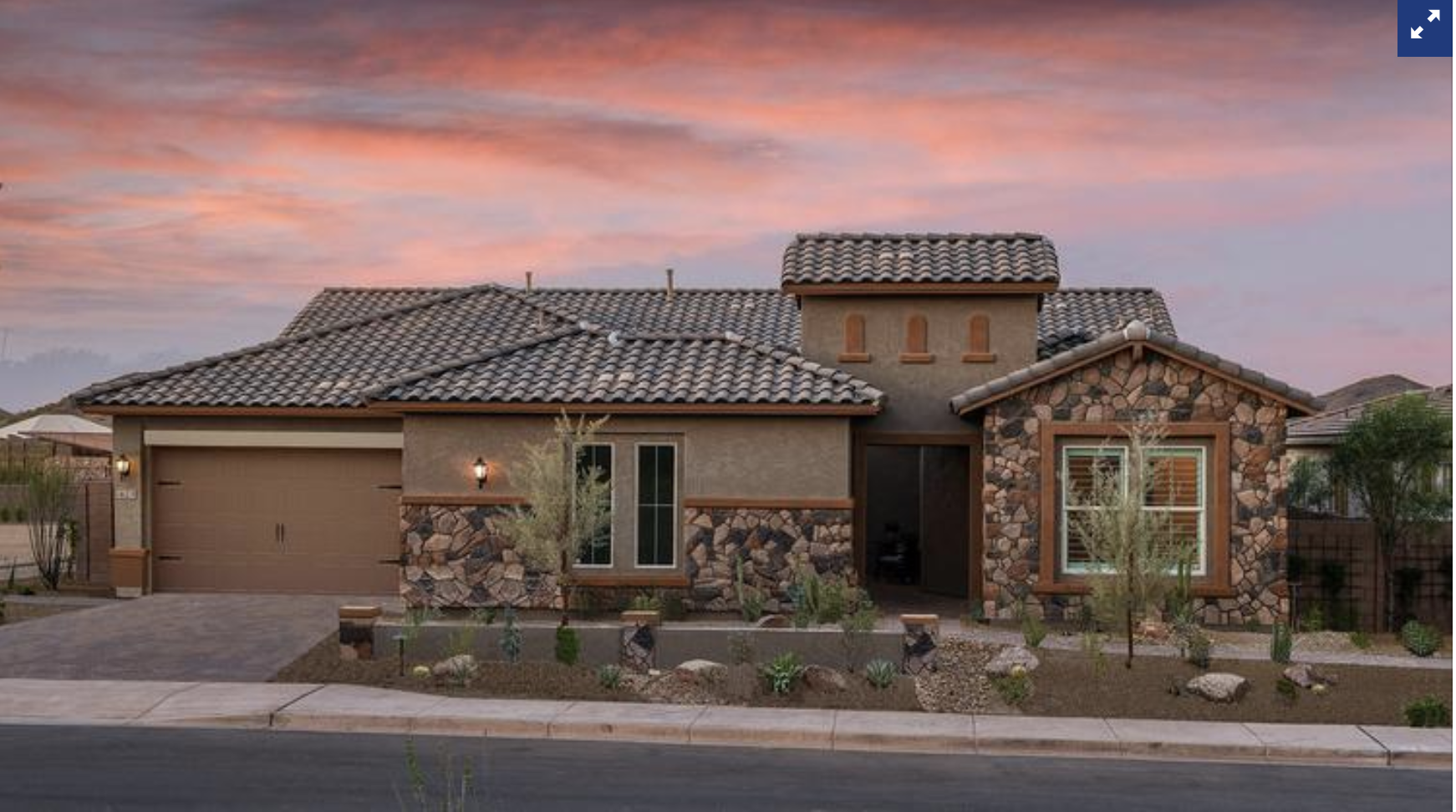 Taylor Morrison opened model homes at Montoro Preserve near 83rd Avenue and Happy Valley Road in Peoria. The builder soon will have more chances to expand through a purchase of William Lyon Homes.

Scottsdale-based Taylor Morrison (NYSE: TMHC) will become the fifth-largest homebuilder in the U.S. if the deal is consummated. It will also allow the company to enter into new markets in Washington, Oregon and Nevada.

Boards of both companies agreed to the deal that will see Taylor Morrison pay $2.50 per share and 0.8 shares of Taylor Morrisson stock for all outstanding shares of William Lyon (NYSE: WLH), which is based in Newport Beach, California. The deal would value William Lyon's stock at $21.45 per share.

"The combined business provides the unique opportunity to gain increased local scale and expertise within six of our major markets, while expanding Taylor Morrison into Washington, Oregon and Nevada," said Sheryl Palmer, Taylor Morrison chairwoman and CEO. "We've long aspired to be in the Pacific Northwest and have looked for the right point of entry at the right time and at the right price — and that's exactly what this represents."

The combined homebulder would be in the fifth-largest in the U.S. based on the past 12 months of work and a top-five 5 builder in 16 of the 23 markets in which it would operate.

"The combined business will represent a powerhouse of a builder that can meet the strong demand of entry-level and first-time move-up buyers — consumer segments that represent 85 percent of William Lyon's closings last year," said Matthew Zaist, William Lyons president and CEO.

The deal is expected to close by early second quarter in 2020, pending a vote by William Lyon shareholders.