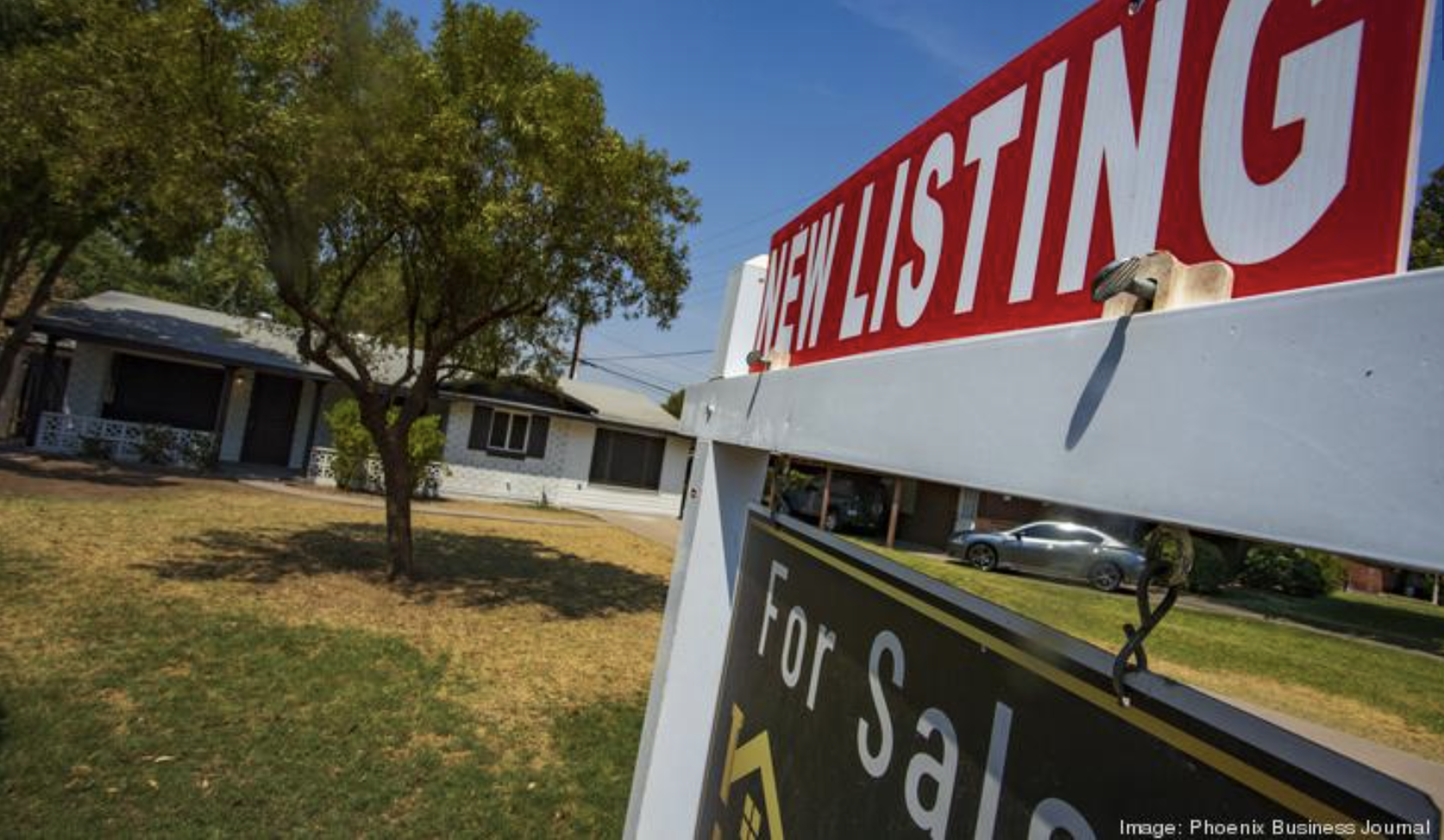 While the national price increase was 4.8% in July, up 4.3% from the previous month, Phoenix doubled that growth with a 9.2% year-over-year price increase in July. Seattle followed behind at 7% and Charlotte, North Carolina, at 6%.

"At twice the rate of growth, Phoenix home prices continue to outpace the national index and have now grown for the 13th consecutive month," said Selma Hepp, CoreLogic's deputy chief economist. "The strength... is reflecting the severe shortage of homes for sale which are currently at only among a month supply. In other words, at the current rate of sales, available inventory will be sold out in a month."

"Phoenix home prices are skyrocketing, thanks to the city's popularity as a migration destination, both from colder climates in the Midwest and the Northeast, as well as from unaffordable West Coast markets driving away first-time buyers and retirees," Tucker said.

The big question now is how much longer will this continue, said Zillow economist Matthew Speakman.

"While coronavirus-related developments will dictate the path forward for the economy, thus far, the housing market has withstood basically every obstacle that the pandemic has thrown its way, and home prices have grown without restriction," he said, adding that he expects upward price pressures to endure into the fall.

Homebuilders scramble to keep up

With mortgage interest rates at near all-time lows, potential homebuyers are in a fight when trying to buy existing homes. After losing out on multiple bids, many are turning their eye toward new homes or the rapidly growing build-to-rent market, where detached, single-family homes are built in rich-amenity communities.

But Valley homebuilders can't build fast enough, even though August turned out to be a solid month for new home construction in metro Phoenix.

In August, homebuilders closed 2,107 sales, up 9.11% from the same month a year earlier, according to the latest report by RL Brown Housing Market Reports. They pulled 2,537 permits in August, up 25.28% from the same month last year, an indication they are preparing to build even more homes.

Meanwhile, more developers are getting into the build-to-rent industry, a road paved by Phoenix-based NexMetro Communities and Mesa-based Christopher Todd Communities.

For example, Scottsdale-based Virtua Partners is planning to build 1,200 single-family rental units in the West Valley — to the tune of $300 million.

This crop of single-family rentals comes at a time when RCLCO Real Estate Advisors said there is not enough new product being built to keep up with the demand of this new hybrid model.

This growing niche of single-family rental units is a hybrid between traditional apartment units and single-family homes, built as single-story, detached homes complete with their own small backyards. These rental communities also usually have amenities, such as a pool, dog park and clubhouse.

And the list goes on, including Keystone Homes, RSI/NP Communities, Treger Development, and Riley Smith Construction.

Many homeowners have decided to remain in their existing homes and renovate their homes instead. But with the rising prices of lumber and the shortage of workers, they're going to have to wait longer and pay more.

Search the full MLS and Exclusive Property Listings.
(Prices and inventory current as of January 20, 2021)