Phoenix home price gains now the highest in the US

Phoenix home price gains now the highest in the US 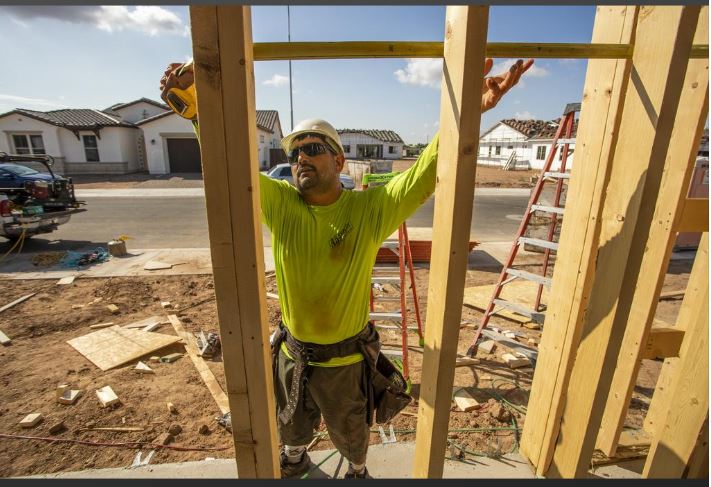 JIM POULIN | PHOENIX BUSINESS JOURNAL
Phoenix has topped the nation in annual home price gains, according to the latest results of the S&P CoreLogic Case-Shiller Indices.


Data through December 2019 revealed year-over-year price increases of 6.5% in Phoenix — nearly double the national average — followed by 5.3% in Charlotte, North Carolina, and 5.2% in Tampa, Florida, according to the S&P CoreLogic Case-Shiller US National Home Price NSA Index.


The national average was 3.5% in December, up 3.5% in the previous month, said Craig J. Lazzara, managing director and global head of Index Investment Strategy at S&P Dow Jones Indices.


"This marks eight consecutive years of increasing housing prices — an increase which is echoed in our 10- and 20-city composites," Lazzara said in a prepared statement when announcing the latest results on Feb. 25.


The price growth in metro Phoenix is partly because the Valley is undersupplied in existing homes for sale on the market.


Total single-family listings are about 17,000, which equates to a 2.1 month supply of inventory, said Thomas Brophy, national director of multifamily research and analytics for Colliers International.


"Anything under three months suggests that we are still very much undersupplied," Brophy said.

Meanwhile, homebuilders and apartment developers are doing everything they can to build more homes in metro Phoenix, while fighting labor shortages.


In January, homebuilders pulled 2,176 single-family building permits, according to the Home Builders Association of Central Arizona. That's a 15% increase over the same period in 2019.


Given the housing shortage in metro Phoenix, the focus is on homebuilders to try to increase inventory levels, Brophy said.


Matthew Speakman, a Zillow economist, told the Business Journal that the final 2019 data confirmed a reacceleration of home price growth has begun after spending nearly the entire calendar year tapping on the brakes.

The entrance to the home at 11125 E. Feathersong Lane, the highest-priced home sold in the Valley in January 2020. Click through the gallery to see other photos inside and outside the home.

Niche released its 2020 grades for the best elementary schools in the Phoenix area.


For-sale inventory remains near its lowest level on record, which has stoked competition for the relatively few homes on the market and nudged prices up, Speakman said.


"The rebound in home price growth is also rooted in in the sustained strength of the U.S. economy, which continues to ride a robust labor market, and mortgage rates that finished the year near their lowest levels since 2016 and have fallen even further since," Speakman said.


While the increased competition should bring greater return for sellers in the short term, the market's home shortage presents a significant challenge to the industry going forward, he said.


"Should inventory fail to bounce back in a meaningful way, home prices may accelerate to an unsustainable level, and ultimately discourage buyers — and sellers — from entering the market altogether," he warned. "The headline is welcome news, but this long-awaited reacceleration of home prices does come with some strings attached."


Frank Nothaft, chief economist for CoreLogic, said the drop in mortgage rates just in the past week has improved payment affordability and will bring prospective buyers into the market.


"If rates stay low in the spring, we expect sales volume to be the highest in 13 years, and annual home price growth to quicken," he said.
By Angela Gonzales  – Senior Reporter, Phoenix Business Journal