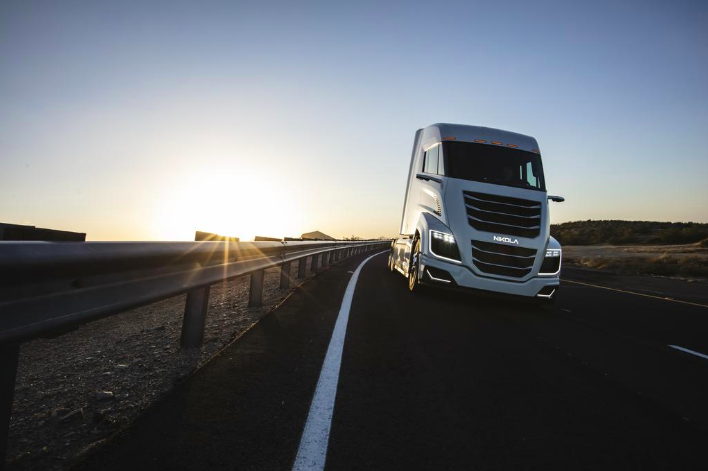 (Image: Provided by Nikola)
Nikola Two will be available in both hydrogen electric and battery electric versions in the U.S., with autonomous options available.

Milton arrived to the stage sitting atop a wagon pulled by the Budweiser Clydesdales to represent one of the company's biggest clients, Anheuser-Busch. The beer giant ordered 800 Nikola trucks as part of its sustainability efforts.

"We've invested over $1 billion in our drivetrain," Milton said. "We already had the technology, so we wanted to create some extra beautiful brands. We wanted something that's unique and beautiful." 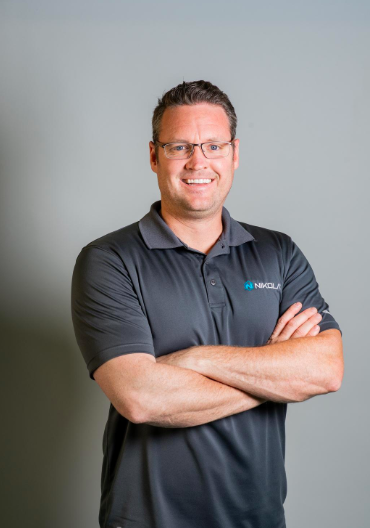 
Nikola plans to build a 1 million-square-foot electric semi-truck plant in Coolidge and is almost finished with its research and development office and headquarters in Phoenix where it plans to hire 300. Nikola also plans to build a fuel cell development laboratory in the Valley, but has not yet announced a location or a date when that would occur.

Milton called his Phoenix-based company the "iPhone of trucking," saying he wanted to only hire engineers with no previous trucking experience so they had no preconceived notions of what could be built in a new trucking company.

The company said it planned to hire more than 2,000 people for its overall operations. The company would be eligible for more than $46 million in tax credits from the state of Arizona if it achieves its goal of both worker counts and factory investment.

Each of the five Nikola vehicles — either driven onto the stage or on static display after the curtain dropped — debuted with much fanfare at the Nikola World event.

More than 2,000 people from 49 countries attended the first night of the two-day event as Milton introduced key executives and brought out Gov. Doug Ducey, who was a big part of luring Nikola to the Valley in January 2018.

"All we really want from you is to have wild success," Ducey told Milton. "We're thrilled you're here."

The five Nikola vehicles debuted to the public for the first time were:

Nikola Reckless, an autonomous-capable, electric military all-terrain vehicle, was driven onto the stage via remote control. The Reckless was designed to be driven with virtually no sound and no heat signature to provide an edge on the battlefield, said Andrew Christian, Nikola Powersports vice president of business development and defense.

"The Reckless has all the mission critical versatility needed," Christian said. "It's built to solve the complex problems for the military." 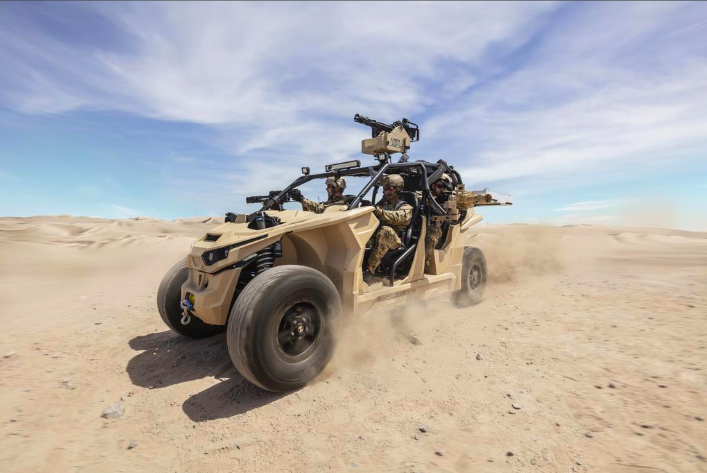 
The Nikola NZT (Net Zero Toll) off-highway vehicle is a fully-enclosed, electric, high-performance vehicle that looks more like a vehicle and less like a "plastic, off-road toy," Milton said.

The NZT comes with the option to remove the top and doors as well as an air conditioner and heater. It's meant to combine a trophy truck, electric vehicle, 4x4 and UTV. 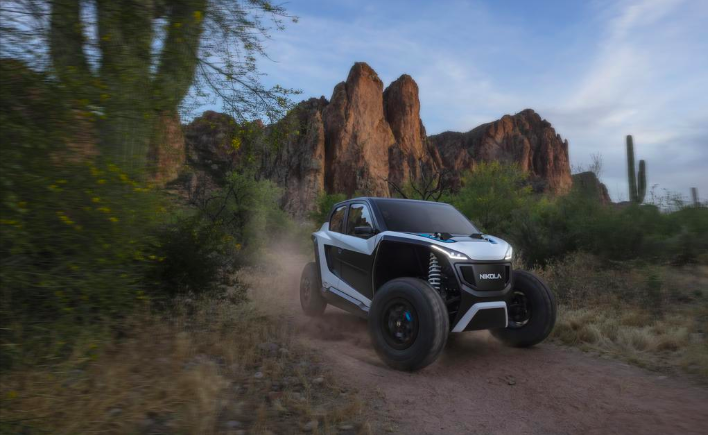 "We're disrupting how we run on the water," Darling said. "We're building the future of watersports."

The Nikola Tre is the European version of Nikola's electric semi-truck, featuring a full factory theater system and two beds for the driver. The Tre will be available in both hydrogen-electric and battery electric versions.

"We know Europe is going to be a huge market for us," said Nikola President Mark Russell.

The Tre will be compliant with Level 4 and Level 5 autonomy, and production is expected to begin in Europe around 2023, Milton said. 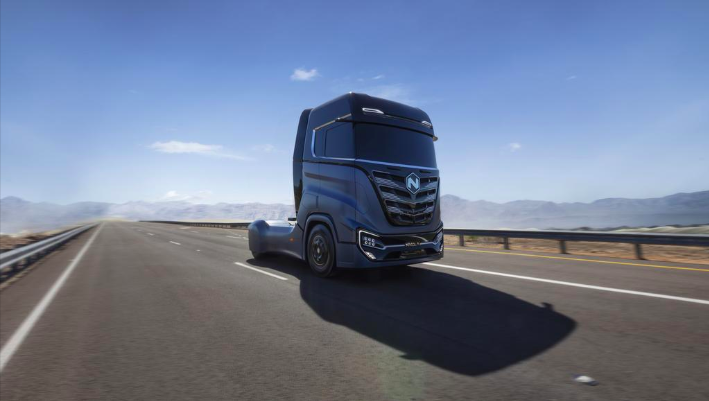 (Image: Provided by Nikola)
The Nikola Tre is the European version of Nikola's electric semi-truck, featuring a full factory theater system and two beds for the driver.


Finally, the Nikola Two is the U.S. version of the autonomous, electric semi-truck, which is on track to begin production in 2022. The 800-volt truck will be available in both hydrogen-electric and battery electric, Milton said.

The Nikola Two has larger windows than a typical semi-truck, a 21-inch 4K display that controls everything on the truck for a full digital cockpit and a 12-inch infotainment system.

"Other manufacturers said it was impossible to design," Milton said about his vehicles. "I was lucky enough to have parents that taught me that anything was possible. All my experiences have prepared me for tonight." 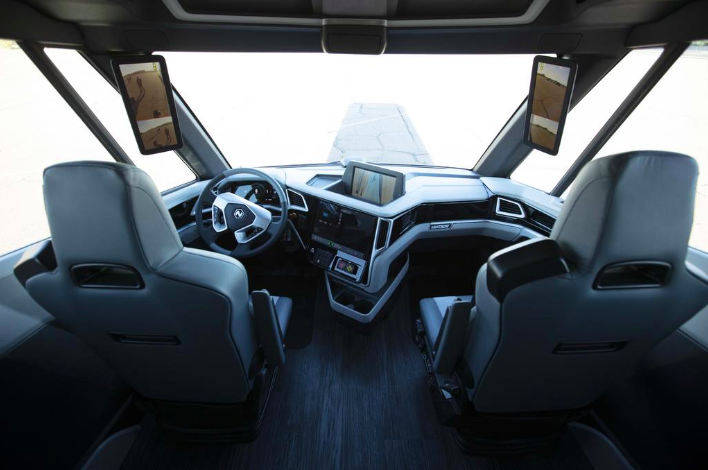 (Image: Provided by Nikola)
The Nikola Two is the U.S. version of the electric semi-truck, which is on track to begin production in 2022.