Nearly 90 apartment projects are in the pipeline in metro Phoenix, report finds

Nearly 90 apartment projects are in the pipeline in metro Phoenix, report finds

Phoenix has most proposed apartments in the region 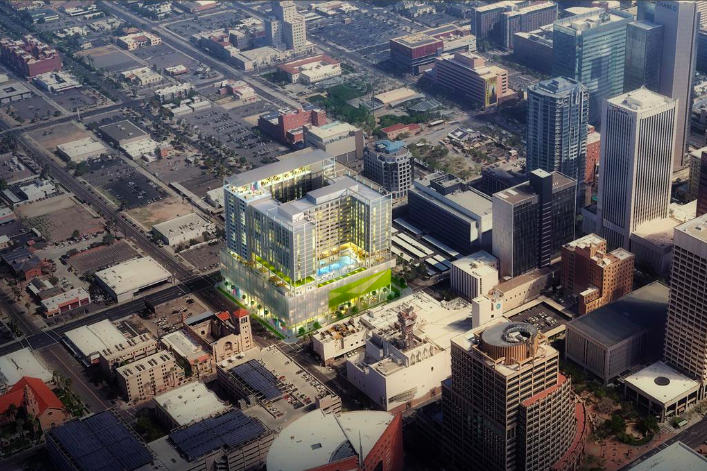 (Image: X Social Communities)
Groundbreaking is scheduled for May 16 for X Phoenix in downtown Phoenix, one of 235 apartment communities either under construction, planned or in the pipeline around metro Phoenix.


New apartments will continue to be built around the Valley for the foreseeable future, according to a new report compiled for the Phoenix Business Journal.

That's in addition to the 91 planned communities totaling 21,672 units and the 56 projects under construction totaling 13,894 units across the Valley today, according to Kasten Long's report created exclusively for the Business Journal.

Planned communities are properties that were announced for development and are actively in the process of planning, and entitlements are complete, according to Yardi Matrix, a Scottsdale-based commercial real estate data and research firm that provided much of the information to Kasten Long's report. A prospective development is more tentative than probable, with project planning in the early stages.

Data provided by Kasten Long includes rental status, including whether units are being sold at market rate, partially affordable or fully affordable.

For a closer look at the list of 89 prospective projects in the pipeline — and which are placing emphasis on affordability — click on the gallery below.

“The Phoenix City Council believes that everyone should have the opportunity for safe, decent housing fitting in a family’s budget. Employers today are very interested in selecting a site conveniently close to their workforce,” she said. “For this reason, the council recognizes that it’s important there be a variety of housing priced for the workforce close to each of our 13 employment centers. The council has put in place a policy asking any housing developer seeking assistance from the city to consider offering up to 10 percent of the housing units priced affordably for workforce incomes.”

The term "affordable," as it applies to apartment communities, imposes restrictions that low-income households (below the median metropolitan area household income) must occupy a part or all of a property. The income determining a resident's eligibility for meeting low-income definitions varies by household size and from property to property.

Property-to-property variances reflect guideline variances imposed from program to program or within the same program based on timing of when affordable tax incentives were authorized.

Partially affordable properties are where only a percentage or certain number of units in a property fall under the "affordable" category, Fritz-Salazar said.

Generally, in the U.S., the term "affordable housing" is used to describe housing, rental or owner-occupied, that is affordable no matter what one's income is, she said.

The U.S. government regards housing costs at or below 30% of one's income to be affordable, Fritz-Salazar said.

Kasten Long also included in its list a hybrid single-family rental product being developed by Christopher Todd Communities. It's not a traditional apartment community, which usually has several stories with shared walls between tenants. These properties are detached, single-family homes with their own backyards, but each of which is about the size of apartment units available for rent around the same price as higher-end apartments.

Many cities still are having a tough time trying to determine how to zone for this new model that is growing in popularity.