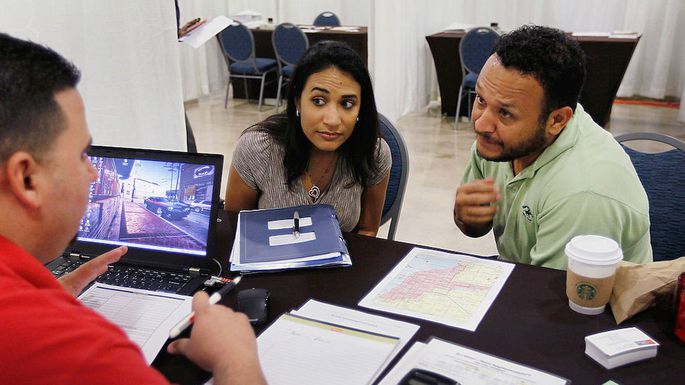 Rates for home loans fell along with the broader bond market even as the transformation of the real-estate industry quickened pace.

The 30-year fixed-rate mortgage averaged 4.10% in the May 9 week, Freddie Mac said Thursday. That was down 4 basis points during the week.

The 30-year-fixed follows the benchmark 10-year Treasury note. Thanks to concerns about the economy and choppy markets, investors have been piling into bonds this year. Bond yields fall as prices rise. The popular mortgage product has managed a weekly gain only six times so far this year, and just last week Freddie’s chief economist slashed his 2019 forecast for rates.

Meanwhile, as the spring season hits its peak, buyer demand has been “going gangbusters” for Rich Harty, a real estate agent in Chicagoland.

Mortgage rates have been “cooperative,” and a boon for the buyers Harty works with.

“I had a record year in 2018, and 2019 is shaping up to be even better,” Harty told MarketWatch. But real estate is hyperlocal, it seems: some communities adjacent to where he works aren’t doing as well, in large part because of surging property taxes.

(MarketWatch previously profiled Harty, who is also licensed in Wisconsin and frequently sells homes there to priced-out Chicagoans. Now, however, he's too busy in the metro area to work across state lines.)

In fact, with business so brisk, most of what keeps Harty up at night are the big-picture questions. He’s keeping a close eye on the class-action lawsuit filed against big real-estate companies and the National Association of Realtors, as well as a wave of seismic shifts in the industry that threaten to make real-estate agents redundant.

“Where am I going to be in five, 10 years?” Harty said. “Is this the last hurrah before it all starts to shake out?”