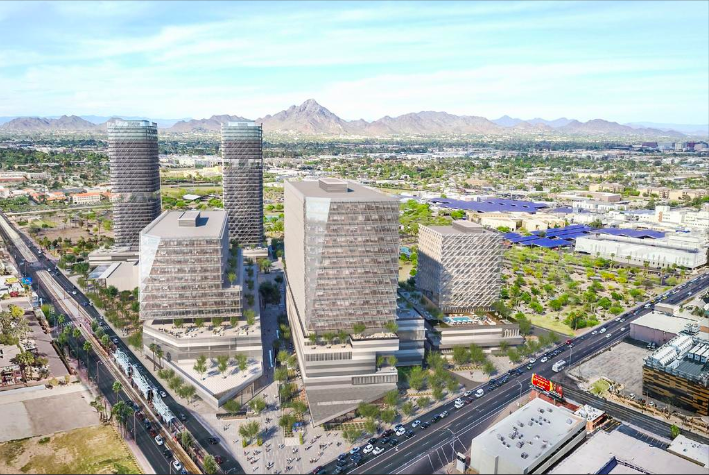 
A planned 2.3 million-square-foot mixed-use project could serve as the next entryway to Steele Indian School Park near Central Avenue, developers hope.

"We've always thought of Steele Indian School Park as one of the most under appreciated assets in Phoenix," said F. Francis Najafi, the founder and CEO of Pivotal Group, the developer of the proposed project, called Central Park. "Our vision with the Central Park is to create a truly iconic project, a development that elevates this jewel of a park in every way possible. We very much want to respect the history and culture of Steele Indian School Park while creating a true live-work-play environment that serves as a gateway to uptown Phoenix."

In total, the project will include six towers, ranging in height from 165 feet to 355 feet, and will have office, hotel, residential, senior living and retail space. 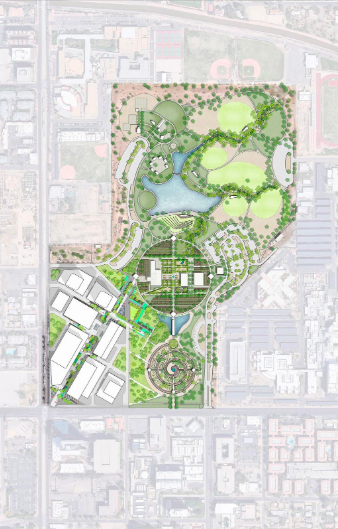 (Image: Provided by Pivotal Group)
An aerial map shows Steele Indian School Park with the Central Park development proposed in the southwest corner of the land, which is not part of the park.

Jason Morris, an attorney with Withey Morris working on the project, said a high-quality development like Central Park, which is planned to be developed on a vacant parcel adjacent to Steele Indian School Park on Central Avenue and Indian School Road, will enhance visitors’ experiences at the park.

The project was specifically designed to create a pedestrian path into the park from the intersection of Central and Indian School, and the buildings are designed to line up with the pathway, rather than fronting Central, Morris said.

The development will also include two 355-foot residential towers, which will total 400 apartment and condominium units. A 165-foot tower is proposed for 200 units of senior housing, according to Pivotal Group. 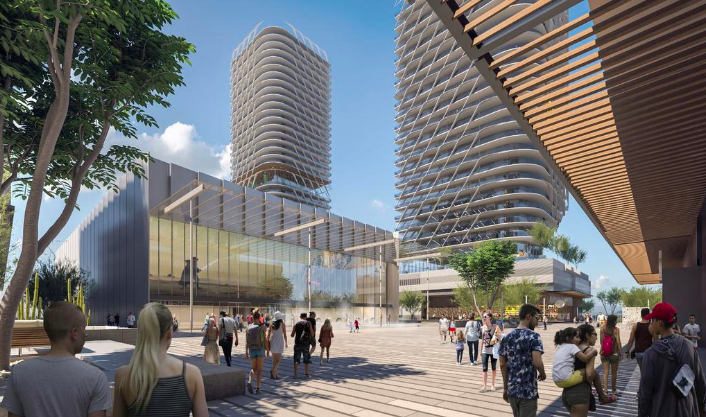 A spokesman for the project said, once completed, it will create a “bookend” for the Central Avenue corridor, and will be a defining feature of uptown Phoenix.

The land for the project was sold at an auction in February 2018. The land has been undeveloped for years and was previously owned by the Barron Collier Cos.

The federal government took the land back from the Florida developer as part of a settlement after Barron Collier Cos. stopped making payments to Native American education funds.

The Encanto Village Planning Committee will discuss the project at its May 6 meeting.