After a 20,000-square-foot Paradise Valley home listed for $23 million back in November 2018 couldn't sell for that price, the owners have lowered the price point.

The home was featured Aug. 4 on the popular "Million Dollar Listing: Los Angeles" TV program on the Bravo network.

Jean-Michel Edery, a Private Client Group agent for Russ Lyon Sotheby's International Realty, who listed the property for Bill and Char Hubble in late 2018, said he told the Hubbles it would most likely sell for no more than $11 million.

"She told us no matter who sells it, she's on the listing side at half of what we will get," Edery said.

That's when he walked away from the listing.

The property, called Bella Paradiso, is a 20,000-square-foot home at 7046 N. 59th Place. It was originally listed for $22,888,000 because in the Chinese culture, the number eight is considered lucky, said Jean-Michel Edery, a Private Client Group agent for Russ Lyon Sotheby's International Realty, at the time the home was put up for sale.

The Hubbles purchased the Bella Paradiso property in 2011 from Irvin Kessler for a little more than $1 million. The couple tore down the original, smaller structure to build the current mansion in its place in 2013, said Ryan Brault, regional director for Metrostudy's Arizona and Las Vegas market.

The list price on the property has been cut from nearly $23 million to $14 million. 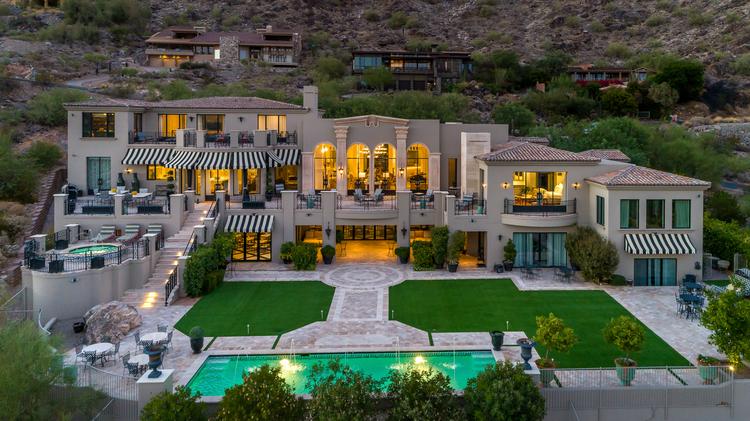 Originally listed for $23 million back in 2018, the price has been drastically reduced in its latest listing.