Development is part of $2B community anchored by a Ritz-Carlton 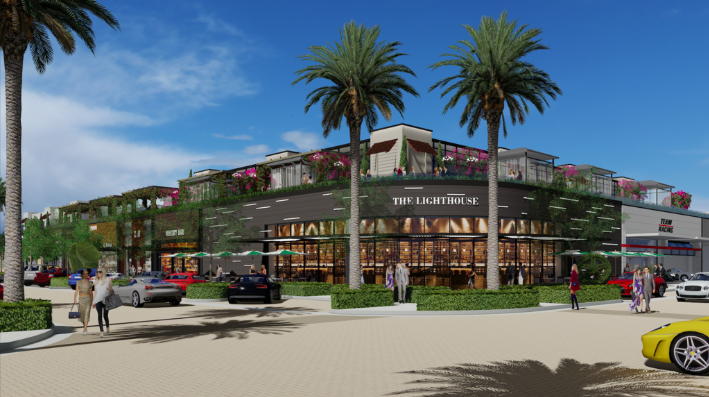 (Image: Provided by Five Star development)
Five Star Development has begun leasing for the office portion of the Palmeraie, a luxury mixed-use development in Scottsdale.

The company began construction on the first phase of the two-phase development in February and hired JLL to handle leasing for the office portion, which is expected to be completed by the end of 2020.

“The office towers at the Palmeraie are setting a new standard for Arizona that far exceed anything in the market,” said John Bonnell, managing director at JLL’s Phoenix office, in a statement.

Five Star submitted plans to the city of Scottsdale for the second phase of the Palmeraie in a rezoning that would consist of office, retail and residential components totaling roughly 480,000 square feet on 9 acres of land, according to documents submitted to the city.

The offices and surrounding mixed-use space will be part of the $2 billion, 122-acre resort community anchored by the Ritz-Carlton nearby in Paradise Valley.