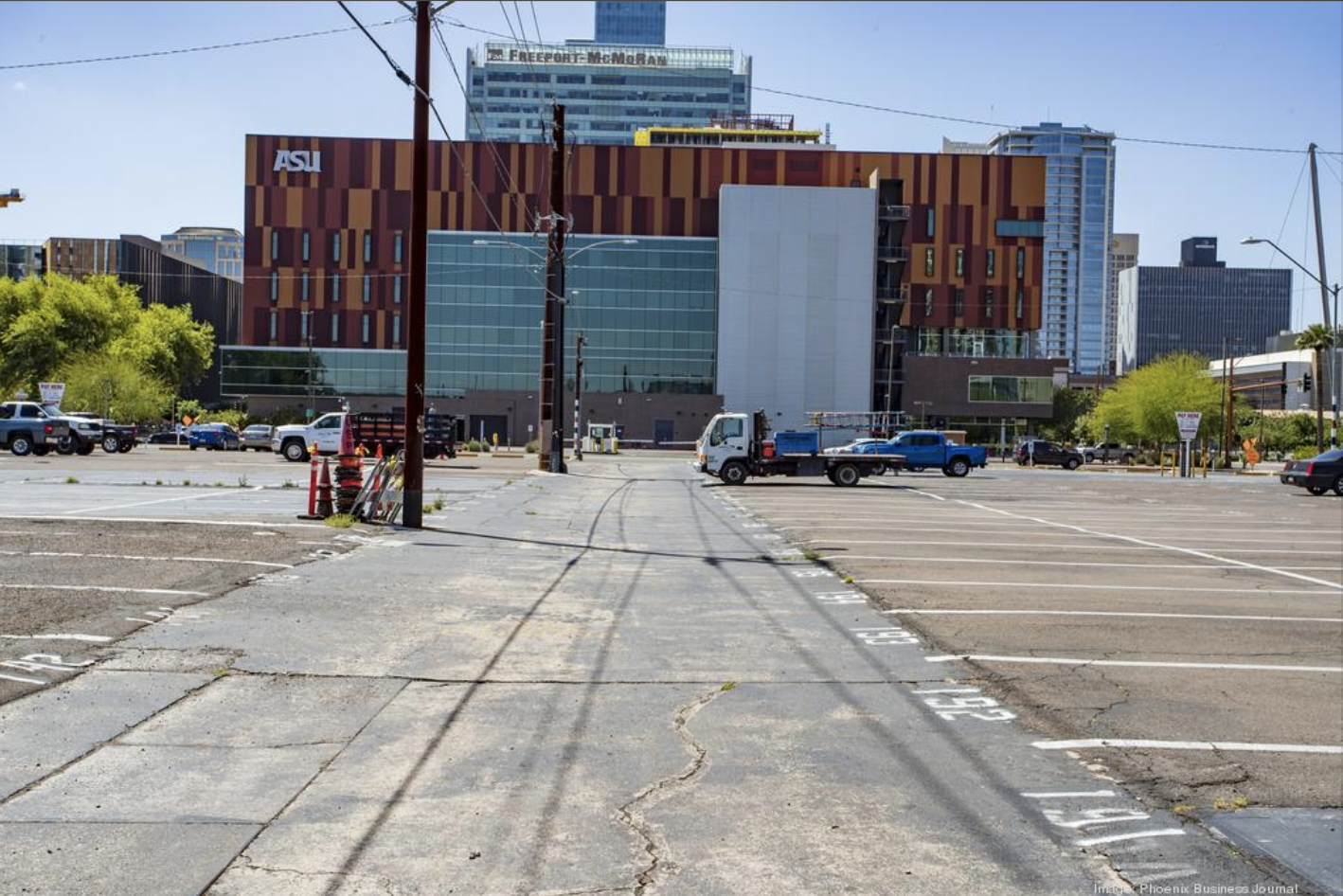 An old underground bowling alley sits underneath this parking lot at 601 N. Central Avenue in Phoenix. The parcel sold for millions of dollars.

What could be the highest priced piece of land in Valley history sold for $7.65 million per acre in downtown Phoenix.

According to Vizzda LLC real estate database, Honeylou Reznik sold 1.83 acres at 601 N. Central Ave. to an entity tracing to Glasir Capital Partners for a total of $14 million.

On the parcel's corner, at Central and Pierce, was an underground bowling alley that Honeylou Reznik said she remembers using while attending Phoenix Union High School in the 1940s.

That bowling alley still exists underground, next to what used to be the family's Jewel Box jewelry store and pawn shop.

"There was an implosion about 10 or 12 years ago when we finally liquidated the business," she said. "Everything was leveled at that time. Mr. Woodward's parking lot took it over. He became our tenant."

At age 91, Honeylou said it's time to sell the property now that her children are getting older.

The couple was married across the street at the Westward Ho back when it was a hotel. It is now a subsidized housing facility.

Honeylou said she has fond memories growing up in the area and attending Phoenix Union and Phoenix College.

"It was a wonderful time," she said. "It was a small town when we got here in '43 during the war. My mother worked in one of those war factories."

Dean Corley, who has handled land deals for the family, said the property most likely will be developed as a mixed-use multifamily project.

Experts in the real estate industry say this could be the highest-priced piece of land to sell in Phoenix.

At $175 per net square foot, that's one of the highest land prices per foot Patrick Burch said he's see in Phoenix for a site of that size.

Burch, vice president of ABI Multifamily who has handled several multifamily land transactions for the Phoenix-based brokerage, said the property had been in escrow with other potential developers, including Hines, which walked away and chose another site at 222 E. Jefferson St. where it is building a 25-story, 379-unit luxury multifamily complex.

Brian Kern, senior researcher at Vizzda, said that land price — at $7.65 million per acre — was even more per acre than the 5.08-acre parcel at 24th Street and Highland in October 2017 that cost $6.02 million per acre.

The Reznik transaction is a sign the resurgence of downtown Phoenix continues, even during the Covid-19 pandemic crisis, said Christine Mackay, director, Phoenix Community and Economic Development.

"The city’s groundwork, investment and leadership and that of our partners fueled this resurgence of downtown Phoenix," she said. "Even during Covid-19 crisis, the development and investment communities recognize that our urban core is a strategic long term investment. Due to the fact that there are only a few underdeveloped or vacant blocks remaining in downtown, we are not surprised by continued investment and vision toward the future."