Frozen in place: Americans are moving at the lowest rate on record

Frozen in place: Americans are moving at the lowest rate on record 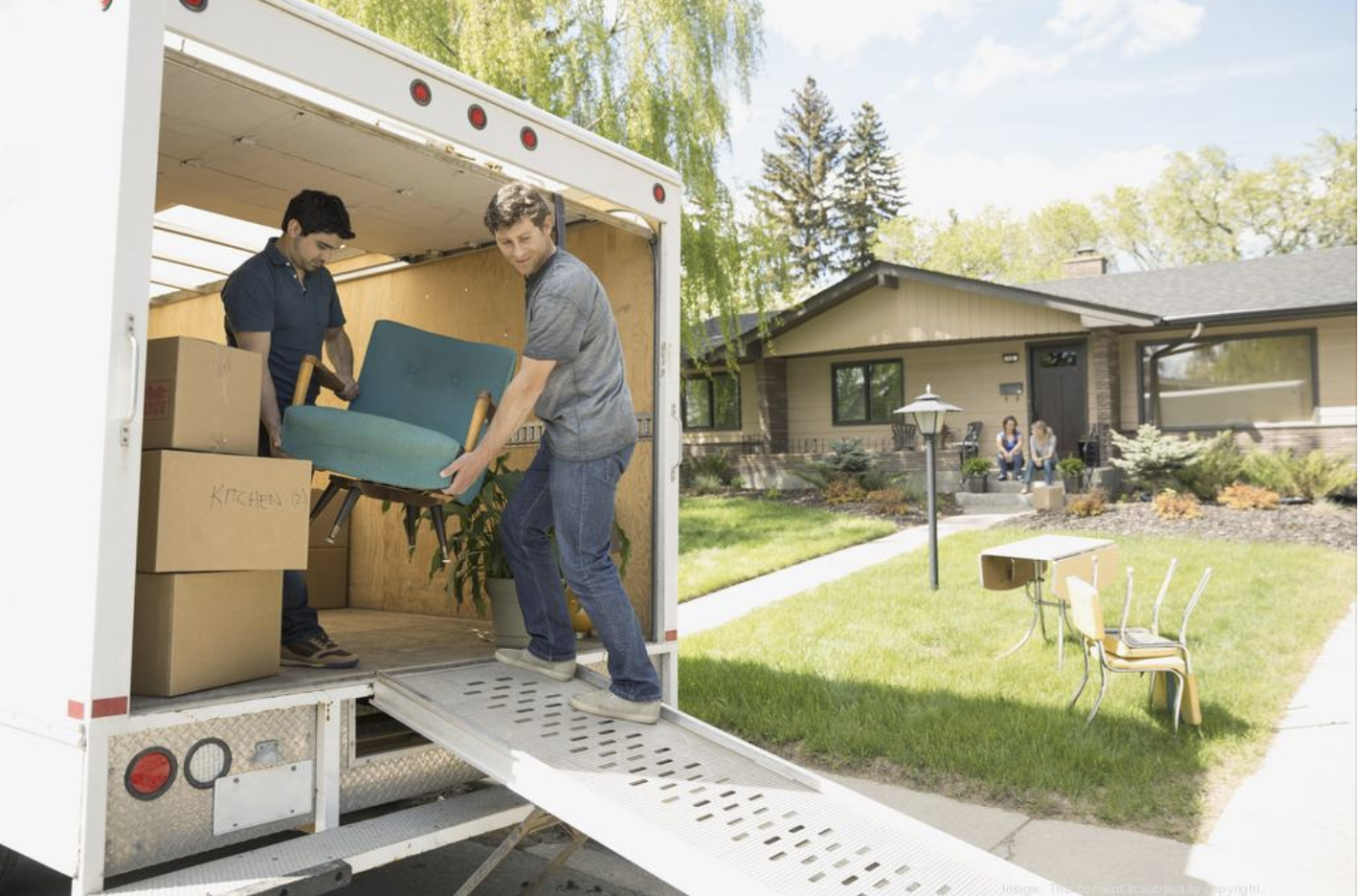 Just 9.8% of Americans moved in the year ending in March, the smallest share since the Census Bureau started tracking it in 1947.

Editor's note: This story is available as a result of a content partnership with The New York Times. Subscribers will see stories like this every day on our website (and in our daily emails) as an added value to your subscription.

WASHINGTON — Americans are moving at the lowest rate since the government started keeping track, according to Census Bureau data released Wednesday, as deep changes in the economy and the housing market increasingly freeze Americans in place.

The United States has long been one of the most mobile countries in the developed world. In the 1950s, about one-fifth of the U.S. population moved each year. When factories would close, workers would move to other parts of the country to find jobs in new ones. Young people flocked to cities and rapidly growing suburbs, where jobs were plentiful and rent was cheap.

“In 1957 you could move to a flophouse in New York just to try it out for a while,” said Tyler Cowen, a professor of economics at George Mason University and author of “The Complacent Class: The Self-Defeating Quest for the American Dream.” “That doesn’t exist any more.”

These days, rents in many larger cities have exploded, making it much harder for a young person seeking better opportunities to afford to move. And low-wage jobs, after adjusting for the local cost of living, pay about the same everywhere.

The result is a nation where people move far less than they used to: Just 9.8% of Americans moved in the year ending in March, according to the newly released data. That was the smallest share since the Census Bureau started tracking it in 1947 and the first time it had fallen below 10%, said William Frey, senior demographer at the Brookings Institution.

“I keep thinking, ‘This is the year we’ll see a bit of an uptick,’ and it just doesn’t happen,” Frey said. He noted that the share of Americans who move each year now is about half of what it was in the 1950s.

The decline in moving rates has happened slowly, over many years, and marks a major shift in how Americans live. It is partly demographic: The country is aging, and older people are much less likely to move than younger people. But even younger people are moving less than before, and economists, who have been studying it for years, are still puzzling over the primary driver.

“The decline in migration is really widespread,” said Abigail Wozniak, an economist at the Federal Reserve Bank of Minneapolis. “It applies to all demographic groups — younger and older workers, renters and homeowners, more-educated and less-educated workers.”

The change is important, she said, but it is still too early to tell if it is good or bad.

“We still do not have quite enough information to know if this is worrying,” she said.

When Dan Mincks lost his job at a General Motors plant in Lordstown, Ohio, this year, he thought hard about whether to move. He researched other GM locations in Tennessee and Kentucky where he might be able to transfer.

But the housing prices were high — far above what Mincks and his wife, a substitute teacher, had paid for their house in Lordstown. They decided to stay.

Mincks is now in training to become an electrician. It is a choice the couple’s aging — as well as their children, ages 8, 7 and 2 — are feeling happy about. He says he has no regrets.

“We finally just decided we weren’t going to follow GM around,” he said of his former employer. “I decided to take the opportunity to do something else with my life — to learn a trade instead of just working on an assembly line.”

Most of the moving that happens in the United States is done by young people — in their late teens to their early 30s, and the decline has been particularly steep for them, Frey said. About 29% of 20- to 24-year-olds moved between 2005 and 2006. That dropped to 20% in the most recent period.

This is especially the case for moves within a county, which comprise about 60% of all moves nationally, Frey said. Over half of those moves happen for housing reasons, he said, citing Wednesday’s data.

The trend is partly a reflection of patterns among millennials as they came of age, Frey said. It is also a continued effect of the Great Recession. Slowdowns in the housing and job markets and delays in marriage and childbearing pushed their relocation rates down substantially.

Just 4% of people in their late 60s moved over the past year.

One result has been a geographic unevenness. Decades ago, less wealthy parts of the country tended to be the ones that attracted the most new residents because lower rents and wages there drew in businesses, and people were more likely to move to where jobs were. But the economy is now less flexible, with prosperity clustered in larger cities and with businesses and people moving less.

“It used to be that poorer places grew faster, but that’s gone,” said Jay Shambaugh, an economics professor at George Washington University. “This is a really different economy than it used to be. It’s one where places that struggle continue to struggle.”

That is true for southern West Virginia, where the scourge of opioids is tearing through a second generation of families. Johnny Nick Hager, 25, who works as a cook and school bus driver in Mingo County, said he had thought about moving — to Tennessee or New York — like his friends and relatives who have fled the drugs and joblessness.

“There are no jobs in Mingo County — it’s move or bust,” he said Wednesday.

But for now, he is staying put, hoping to help make things better. He is running for county commission in 2020.

“I want to try to make a difference in my area before I do leave,” he said. “If things don’t change, we are all going to have to leave.”

Changes in the economy have made moving less appealing for some. It used to be that all workers — with college degrees or without — could count on earning more in denser urban areas. Cities also offered lower-skilled workers better jobs — in offices, in factories. An analysis by David Autor, an economist at MIT, found that the urban wage advantage is largely gone for less-educated workers. And the jobs that remain for them in cities are in personal services: food, cleaning, health, entertainment, recreation, transportation and repair.

People who are moving longer distances, between counties and between states, are disproportionately college educated, Frey said. When Tyler Wilson graduated from college last year, he moved back in with his parents in Leavittsburg, Ohio, near Youngstown.

He got a job working at a factory that made parts for faucets, but he did not like it and started applying for others, hoping to find something in a field closer to his major in college, political science.

This spring he found a job at a multinational company in Cleveland that makes sterilization equipment for hospitals, working in the Latin American division, where he sometimes uses his Spanish. He moved out of his parents’ house to a place in the Cleveland suburbs, 50 miles away, and said he would be open to moving out of state to advance his career, though prices and rents in northeast Ohio will keep him closer to home for now.

“You definitely can’t beat the cost of living here, so it would have to be really good,” he said.

Not to be redistributed, copied or modified in any way.