Documents confirm what Microsoft is building in Goodyear

Documents confirm what Microsoft is building in Goodyear 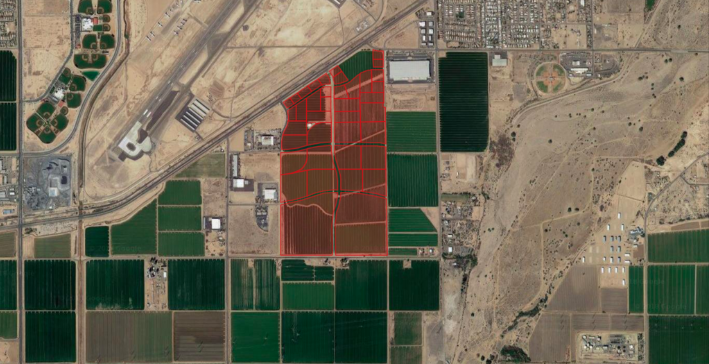 (Image: Provided by Vizzda)
An aerial view shows the land purchased by Microsoft in Goodyear.


Two sites Microsoft Corp. purchased in Goodyear will be developed into data centers.

"As part of our plans to support the growing demand for cloud and internet services in Arizona and across the Western United States, Microsoft recently purchased land at two locations in Goodyear, Arizona where we intend to develop world-class data center facilities," a Microsoft spokesman said in an emailed statement Friday. 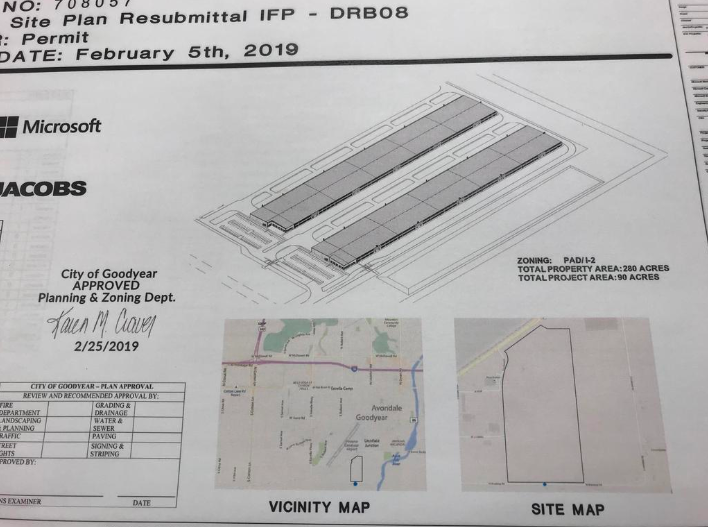 (Image: Provided by the City of Goodyear)
Documents show plans for two data center buildings to be developed on a site Microsoft purchased in Goodyear over the summer.

Previous documents released and public discussions did not confirm the project was a data center, but several experts with the technology field in the Valley assumed that would be the case.

The site plan, which divides the plot into eight “areas,” showed development on only areas 1, 2 and 3. Area 2, the location of the two expedited buildings, called Phx 10 and Phx 11, as well as the three additional data center buildings, are on the southeast corner of the site.

Plans show areas 1,2 and 3 surrounded by a chain link fence. Area 1 is designated for parking for the two data centers and as a construction laydown area. Area 3 consists of a “substation” and APS easement. Site plans did not show any buildings for the remainder of the site, which totals nearly 200 acres.

On April 16, Microsoft spent $37 million for another 147 acres of land in Goodyear, according to real estate database Vizzda. That site, at Citrus and Indian School roads, is about 9 miles away from the larger parcel. A city spokeswoman said plans for that site likely will be presented to City Council in May.