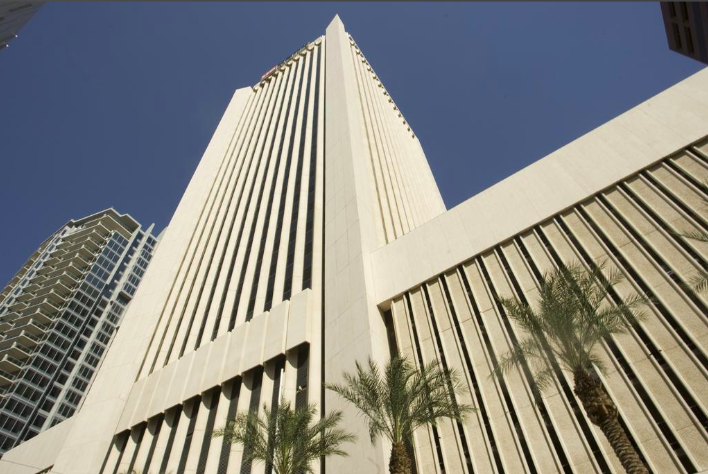 
WeWork, the New York City-based coworking giant, will take up four floors in the 101 North building on First Avenue and Adams Street. It's the company’s third location announced in the Valley.

WeWork will take up the eighth, 28th, 29th and 31st floors in the downtown high-rise. The space is planned to accommodate roughly 1,140 coworking members.

“Phoenix has been a focus of ours for a while now, and we are thrilled to be expanding into the incredible community of downtown Phoenix with our third location in the area.”

Jonathan Chasse, community director for WeWork, said in a statement. “This location was an easy decision for us. There is an undeniable energy that you can feel almost immediately, not to mention the significant growth happening within the creative and tech industries here.”

The location is planned to open in fall 2019.

The company already announced plans to occupy two floors in the Watermark Tempe, a 16-story Class A mixed-use development on the north shore of Tempe Town Lake, with about 1,000 desks, as well as four floors in the Camelback Esplanade, which will include about 900 desks.

“WeWork is growing quickly and the demand for our spaces is increasing.” Chasse said. “We have seen the opportunity for growth in this market and we hope to continue growing in the months to come.”

Other tenants in the building include Valley Metro, On Advertising and the Phoenix Business Journal.

The 31st floor of the building was formerly a coworking space, called Society, which opened in 2017.