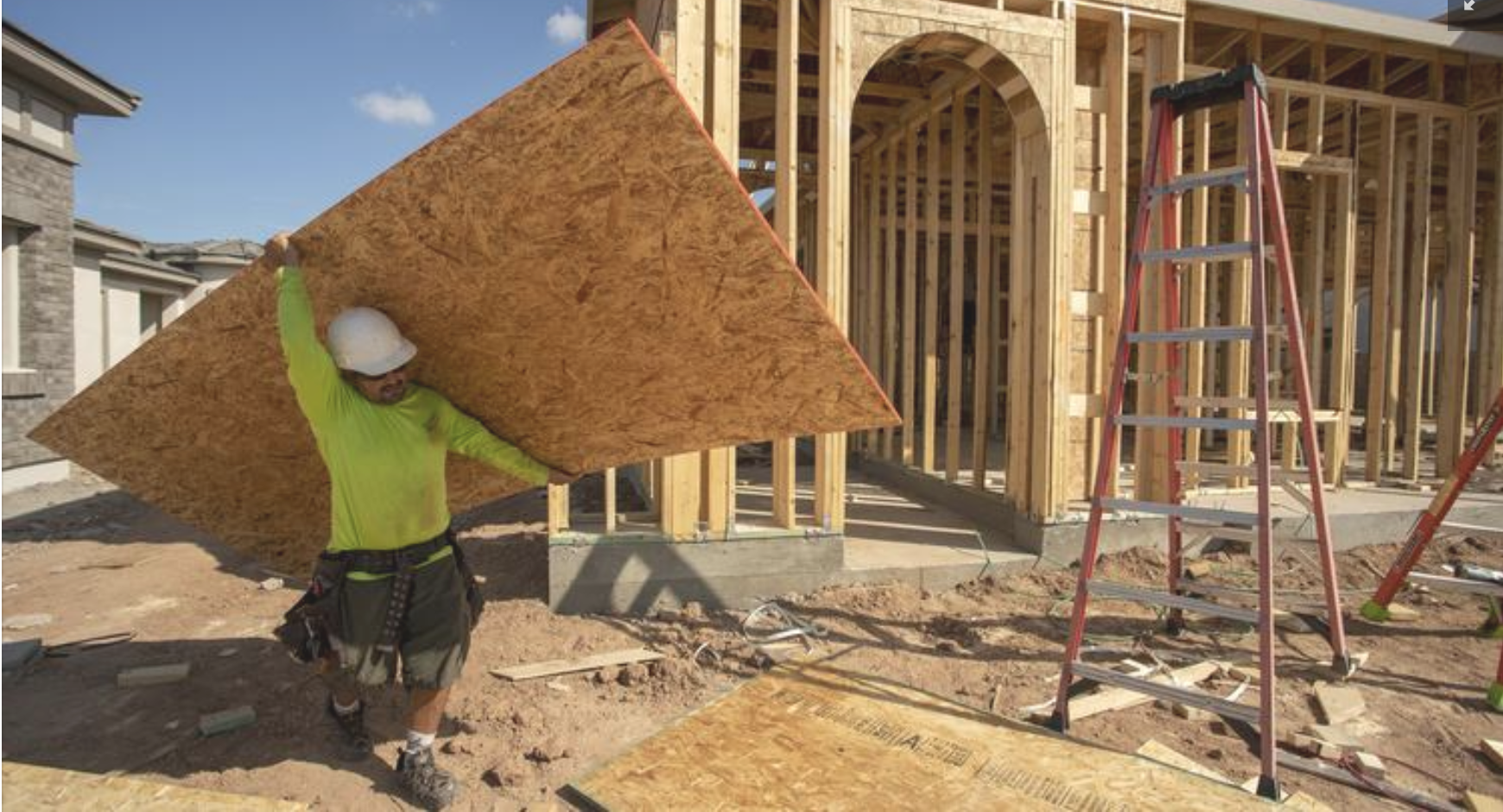 The coronavirus pandemic is causing some homebuilders to close their sales offices in the Valley at a time when low mortgage interest rates are creating a window for homebuyers.
Given the current COVID-19 pandemic, Scottsdale-based Taylor Morrison Home Corp. (NYSE: TMHC) has closed its sales offices, but will conduct business and schedule model home tours by appointment only until further notice.
Los Angeles-based KB Home (NYSE: KBH) also has temporarily closed its sales centers, model homes and design studios across the country, including in Arizona. Instead, the company is offering virtual tours and assistance by phone and email.
Scottsdale-based Maracay Homes is still conducting business in its sales offices and offering model home tours by appointment only, said Andy Warren, president of Maracay.
"Our sales have held up surprisingly well over the past few weeks," Warren said. "Interestingly, our sister company in Seattle, which has been dealing with impact from the coronavirus in a much more significant way for a much longer period of time, also continues to see strong sales. My hunch is that people recognize that home purchase decisions are ones that will impact and improve their lives for years to come, so they are able to see past the immediate challenges we are facing right now. I think that is very encouraging."

Doug Fulton, CEO of Tempe-based Fulton Homes, said he hasn't seen a slowdown, and instead has been selling an average of 3.4 homes each day since Jan. 1.
"Our trade contractors and vendors are doing well at this time, too, and our supply chain is strong," Fulton said. "Business is great, in fact, our main concern is keeping up with the demand."

While Fulton Homes isn't closing any sales offices, it is transforming its Browse Night at its Fulton Home Design Center to a virtual event.
Low mortgage rates
At 3%, conventional mortgage interest rates are at an all-time low, giving people a window for buying a home or even a second home.
Even though home prices continue to increase, it's still the best time to buy a home, said Jim Belfiore, founder of Phoenix-based Belfiore Real Estate Consulting.
"The falling mortgage interest rates have created an unprecedented opportunity that frankly is going to keep supply low and it's going to keep buyers buying," he said.

New home sales have increased dramatically, Belfiore said, and haven't increased this much since mid-2013, he said.
Home prices rise
Citing the Cromford Report, Belfiore said the median price of a home sale in the Valley in Februrary increased by $10,000, representing a 3.5% increase.
While it's still a seller's market until the housing supply increases, it's also still a good time for homebuyers to take advantage of low mortgage rates, he said.
"It is important, given the rising cost of developing land, entitling property, materials, the cost of building and the rising cost of rents, that those in a position to purchase explore the implication of a 3% mortgage interest rate on a 30-year mortgage payment," Belfiore said. "The current rate opens the door of homeownership — the greatest creator of wealth in the 20th century — to a larger population."
Opportunity for buyers
The coronavirus is a short-term phenomenon, a brief hiccup in history, Belfiore said.
"This is an opportunity," he said. "I believe the current shortage of supply is structural and will remain and prices are going to continue to rise over the next few years. To those contemplating a home purchase, now is the time to move forward with confidence — and hand sanitzer."
Even with prices increasing during the past several years, housing affordability is about the same as it was in 2017, said Ryan Brault, regional director of the Arizona and Las Vegas markets for Metrostudy.
"With buyer traffic falling in most places, that means current sellers are going to be a bit more willing to negotiate — or be even more desperate to sell — than they were before," Brault said. "This is going to be a good thing for many buyers."

Recession on way?
Even if this pandemic triggers a recession, Brault said he believes the housing market is not going to be as affected as the rest of the economy.
"We might see volumes drop in the short term, but I think prices might stagnate but not drop substantially," Brault said. "You might see more incentives from builders. That said, once the pandemic fear is over, I think we'll recover quickly and people who've been delaying a decision due to this will enter the market quickly again, helping to make up for some of that short-term pain."
Pete O'Neil, research director for Northmarq, said the uncertainty in all markets — including labor, stock, debt and housing — is leading to short-term volatility, demonstrated in the daily stock market fluctuations.
"The pandemic has already begun to disrupt supply chains and markets, and the expectation is that we are going to see some sort of economic pullback," O'Neil said. Whether this turns into a recession — defined as two consecutive quarters of negative GDP growth — remains to be seen."
Job impact
O'Neil said he is not sure if he will see job losses or just a slowing of the pace of growth. Last year, employers in Phoenix added more than 75,000 net new jobs.
"I don't think anyone is forecasting a number anywhere close to that in 2020, but what could harm the market is if there are significant job cuts," O'Neil said. "But the short-term outlook for the economy is one where we will likely see some pullback; and retailers, airlines, tourism and leisure businesses will likely be among the hardest hit."
Looking back at other health crises over the years, such as the 1918 Spanish flu and the 2003 SARS epidemics, home sales activity slowed, but prices remained stable and the market recovered quickly once the outbreak subsided, according to a Zillow Group (Nasdaq: Z) report looking at how past pandemics impacted housing and the economy.
Should the coronavirus pandemic trigger a recession, it's unlikely it would have the same impact on the housing market as the Great Recession did, which took 60 months peak to trough, said Jeff Tucker, economist for Zillow.
Quantitative easing
Consumer confidence has fallen dramatically in the last week, Tucker said, while the Federal Reserve has brought out its full arsenal of monetary policy tools. The fed is buying back $500 billion worth of treasury bonds and $200 billion of mortgage-backed securities, Tucker said.
This quantitative easing — along with the reduction of interest rates and capital injections into the repo market — bodes well for real estate, said Thomas Brophy, national director of research and analytics for Colliers International.
"Nonetheless, liquidity, while a major factor in overall real estate transactions, is not the only component, but a host of other third-party services, from appraisal to environmental to title are all needed for the successful completion of any transaction," Brophy said.