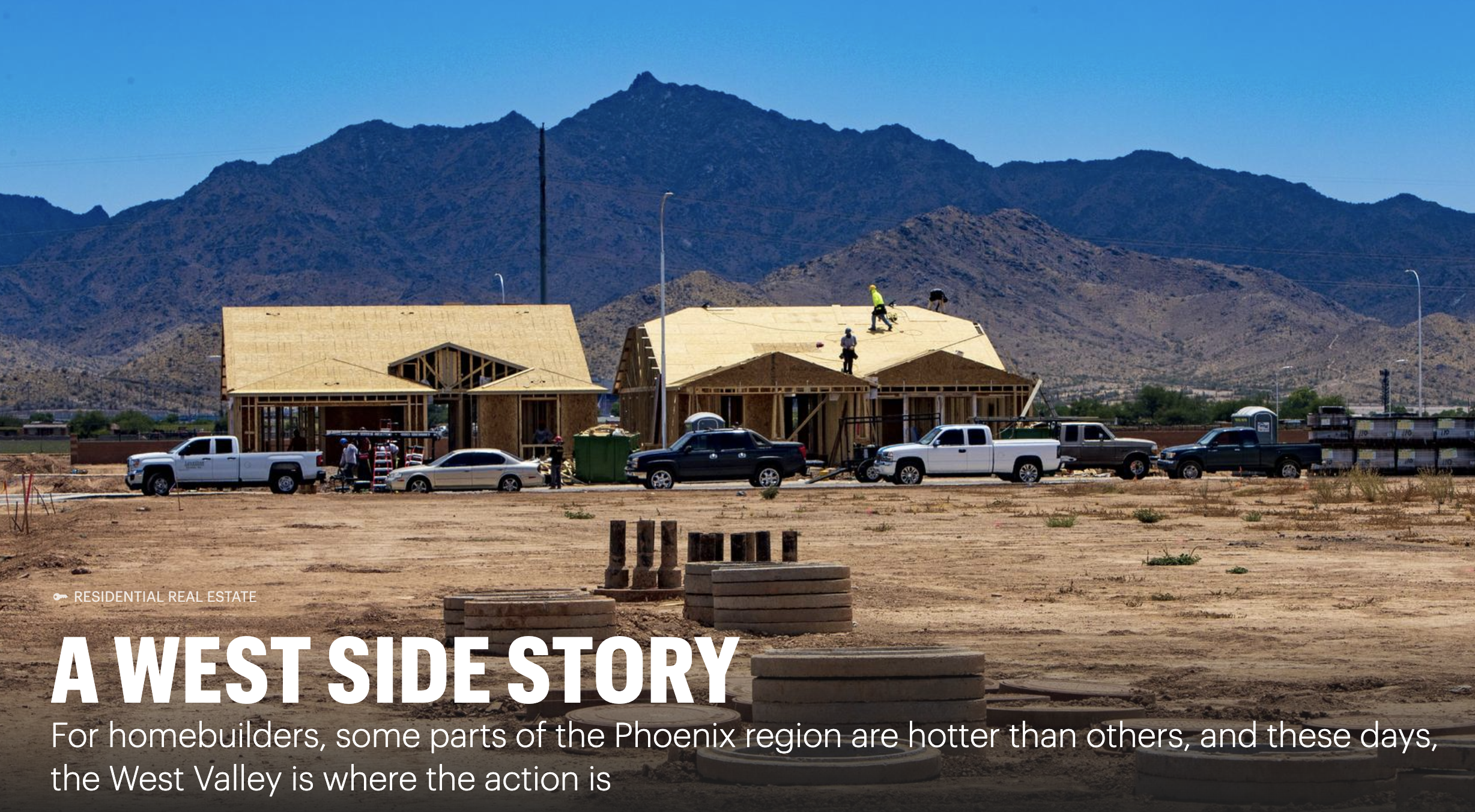 With existing inventory at an all-time low in metro Phoenix, home shoppers looking for properties priced below $300,000 have a better chance of buying a new home — especially in certain parts of the West Valley, where homebuilders are frantically trying to keep up with demand.

A lack of inventory of existing homes and plentiful land for sale is creating an opportunity for homebuilders to focus on entry-level homes in the West Valley. But it’s still a challenge amid a tight housing market.

Keith Burton, a Realtor with Keller Williams - The Rider Elite Team in Scottsdale, said metro Phoenix has about 1.3 months of inventory on the market, which translates to 7,791 homes as of mid-July. That means if no new home listings were added, the Valley would sell out those 7,791 homes within 1.3 months, when a balanced home market should have five to six month supply. 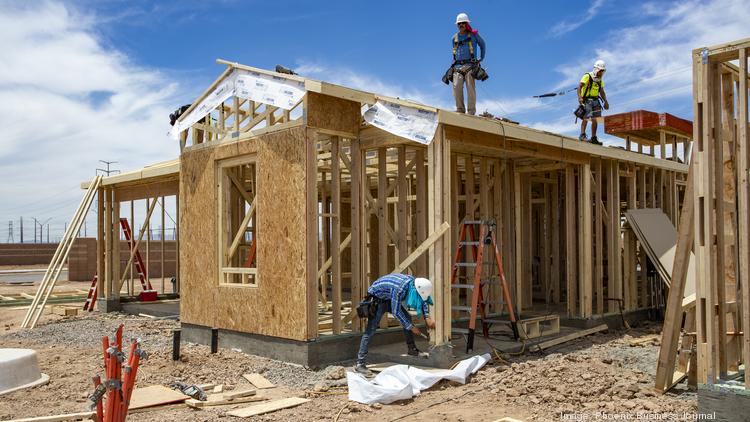 As a result, homebuilders are doing everything they can to construct enough product to meet demand.

Many are focusing on entry-level homes in the West Valley, where there’s still plenty of land that tends to be more affordable than other areas of the Phoenix metro where land is not as plentiful. Typically, entry level homes are priced less than $300,000, while first move-up homes usually start in the $400,000 range.

Meritage Homes Corp. (NYSE: MTH) has focused on entry-level homes for the past several years, with a strong West Valley focus. The Scottsdale-based homebuilder has purchased more than 2,150 lots within 15 new West Valley developments, with plans to open in 2021 and 2022, said Fred Hermann, the company’s Phoenix division president.

Meanwhile, Meritage Homes is actively selling in 13 West Valley communities where it has sold more than 475 homes so far this year. Those sales represent about half the company’s total sales, which is 25% above 2019 year to date sales.

Miami-based Lennar Corp. (NYSE: LEN) also has bought land in the West Valley. With 52 active communities across metro Phoenix, 21 are west of Loop 101, said Jeff Gunderson, senior vice president of land acquisition and development for Lennar. Another four communities totaling nearly 700 homes are on the east side of Loop 101.

Most are entry-level and first-time move-up homes, he said.

“If you focus on entry-level and first move-up housing, you really are looking to the West Valley,” Gunderson said. “You can still generate those values in a home product in the West Valley and keep your price points reasonable.”

That’s because the West Valley is one of the few areas of metro Phoenix where there’s still enough land. Other areas in north Scottsdale and the East Valley are becoming landlocked as they butt against state, federal and tribal land.

Meritage, which has seen success buying land along major West Valley transportation corridors, is in escrow for more than 600 lots south of Interstate 10, where the company will develop its own master-planned community, Hermann said.

While he’s working on the project’s entitlements, Hermann doesn’t expect to close on that land until next year and begin selling until 2022. The project will focus on entry-level homes and include an amenity center much like its Marley Park master-planned community in Surprise. With Marley Park homes starting at $280,000 and going up to $400,000, that community is expected to sell out this year.

The company just opened Heritage Farms, a community at Cactus Road and Loop 303 in Surprise, where entry-level homes start in the $200,000s.

Taylor Morrison also has 600 acres in escrow in the West Valley for its own master-planned community, Schoenberg said.

“Land is always the most challenging part of the day,” he said. “The West Valley is really a big part of our strategic plan going back 24, 36 months into this cycle. We’ve been very active on that side of town.”

With the $2.5 billion acquisition of Newport Beach, California-based William Lyon Homes completed in February, Taylor Morrison gained a stronger foothold in entry-level communities, including 662 home sites in Avondale that William Lyon bought for $12.25 million in January before the merger closed.

Meanwhile, Brookfield Residential Properties Inc. is working on a 1,130-acre master-planned community in Avondale near the proposed Arizona State Route 30, which is expected to be completed in 2024.

Plans call for 3,695 homes at the community, called Alamar, where six homebuilders have been selected to build. Model homes are expected to be ready for an Oct. 10 grand opening, said John Bradley, president of Brookfield Residential’s Arizona market. 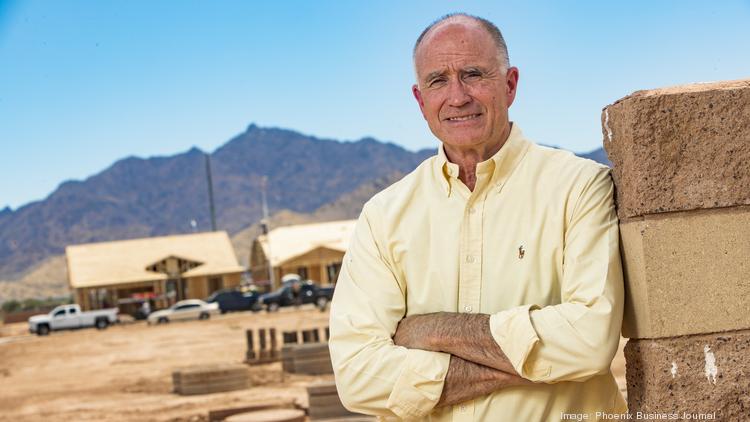 Alamar will offer a variety of products from entry-level, 1,200-square-foot homes starting in the $200,000s up to executive-level homes in the 5,000-square-foot range, Bradley said.

Another large master-planned community under development in the West Valley is Sterling Grove in Surprise, a 780-acre community where Horsham, Pennsylvania-based Toll Brothers Inc. (NYSE: TOL) plans to sell 2,200 homes.

Toll Brothers isn’t focusing on entry-level homes at Sterling Grove. Instead, those homes will range from the mid-$300,000s to the low-$500,000s.

Scottsdale-based Maracay, which focuses on the second-time move-up market with prices averaging $600,000, has three communities in the West Valley where the builder is offering a variety of home prices. Those range from homes priced in the mid-$200,000s in a triplex condominium nearly sold out at Rio Paseo in Goodyear to homes averaging $600,000 in a community called Arroyo Seco, also in Goodyear.

While Rio Paseo sales have been successful, Maracay President Andy Warren said he plans to stick to a premium buyer segment. He said he’s open to buying more land in the West Valley.

“We just know we have to be selective about finding locations that resonate with Maracay buyers,” Warren said. “Maracay buyers are more of a premium price point. We are open to purchasing land everywhere. Anywhere in the Phoenix metro area is fair game for us. We just have to be smart about where we do it.” 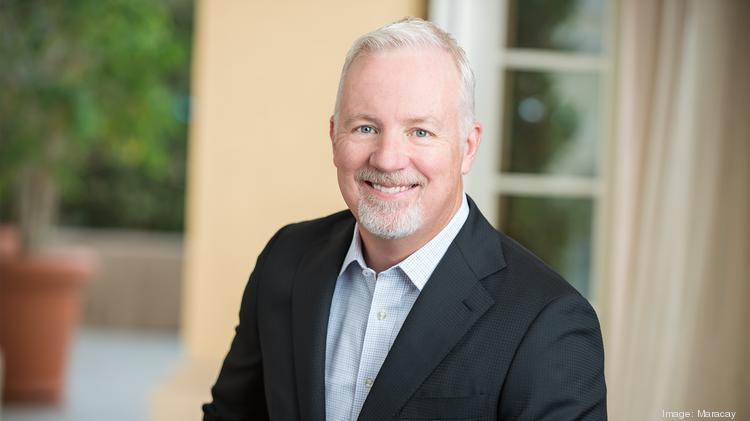 Meanwhile, large master-planned communities in the West Valley continue strong sales. Estrella, a 20,000-acre mixed use community in Goodyear being developed by San Diego-based Newland, has sold about 6,000 of its 50,000 homes envisioned in its master site plan.

Even during the coronavirus pandemic, home sales year to date surpassed the number sold in 2019, said Bill Olson, vice president of operations for Newland.

Between January and mid-July, 360 homes sold at Estrella, up from 260 during the same period in 2019, Olson said, representing a 32% increase.

“We’ve got room to grow and we’re really happy to be part of the West Valley,” Olson said. “Forty-eight percent of metro Phoenix growth will occur in the West Valley over the next 20 to 25 years, according to Maricopa Association of Governments.”

Vistancia, a 7,100-acre master-planned community in north Peoria, has sold 7,300 homes of its proposed 10,500 home sites since opening sales in 2004, said Mark Hammons, general manager for Vistancia. The project is being developed by Texas-based Scarborough Lane Development and Denver-based Westside Investment Partners.

The development of Loop 303 was a game-changer in the northwest Valley, Hammons said.

“It really opened an enormous amount of land — that is just going to continue to help that part of the Valley grow,” Hammons said “You’re going to see a lot of new development.”

Search the full MLS and Exclusive Property Listings.
(Prices and inventory current as of January 17, 2021)