Buckle up: How Valley cities rank among nation's most dangerous, safest places for drivers

Buckle up: How Valley cities rank among nation's most dangerous, safest places for drivers 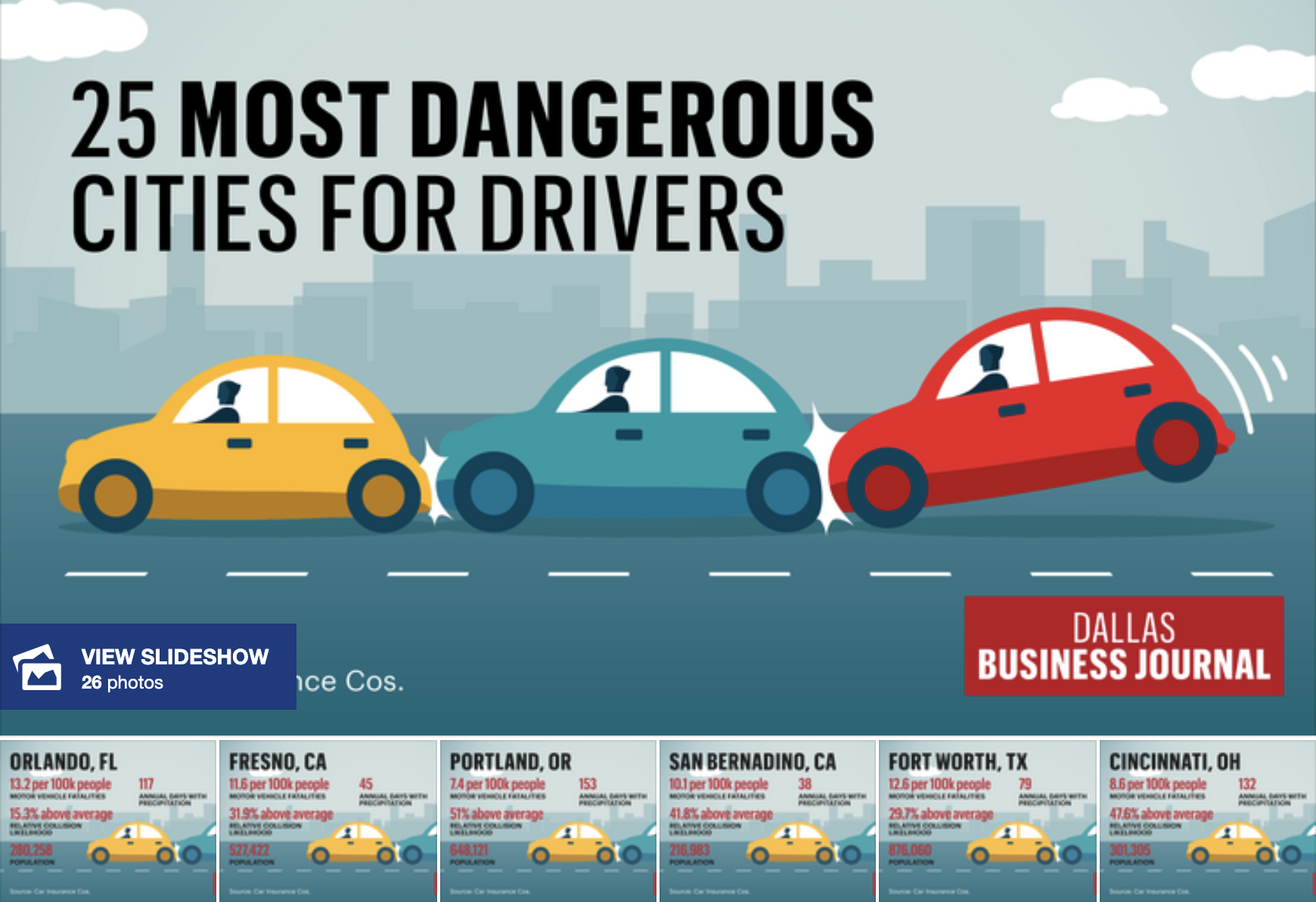 Baton Rouge, Louisiana, tops a new study on the most dangerous cities in the United States for drivers — but two cities in Louisiana and Georgia cracked the top 10.

Phoenix scored better than the very worst cities on the list for relative collision likelihood, only 13.4% above the national average. The fact that the Valley has few days with precipitation, when traffic accidents typically increase, also helped the overall score for Phoenix.

The safest place to drive in the Valley according to the study is Gilbert, with the lowest fatality rate in the area per 100,000 drivers.

There were 37,133 deaths from crashes nationwide in 2017. This study shows an average driver experiences a crash once every 10.6 years.

These are the study's top 5 most dangerous cities:


Here's how other cities in the Valley fared:

When looking at the top 25 most dangerous cities, Texas is tied with California and Florida for the states with the most.

When looking at the top 25 most dangerous cities, Texas is tied with California and Florida for the states with the most.