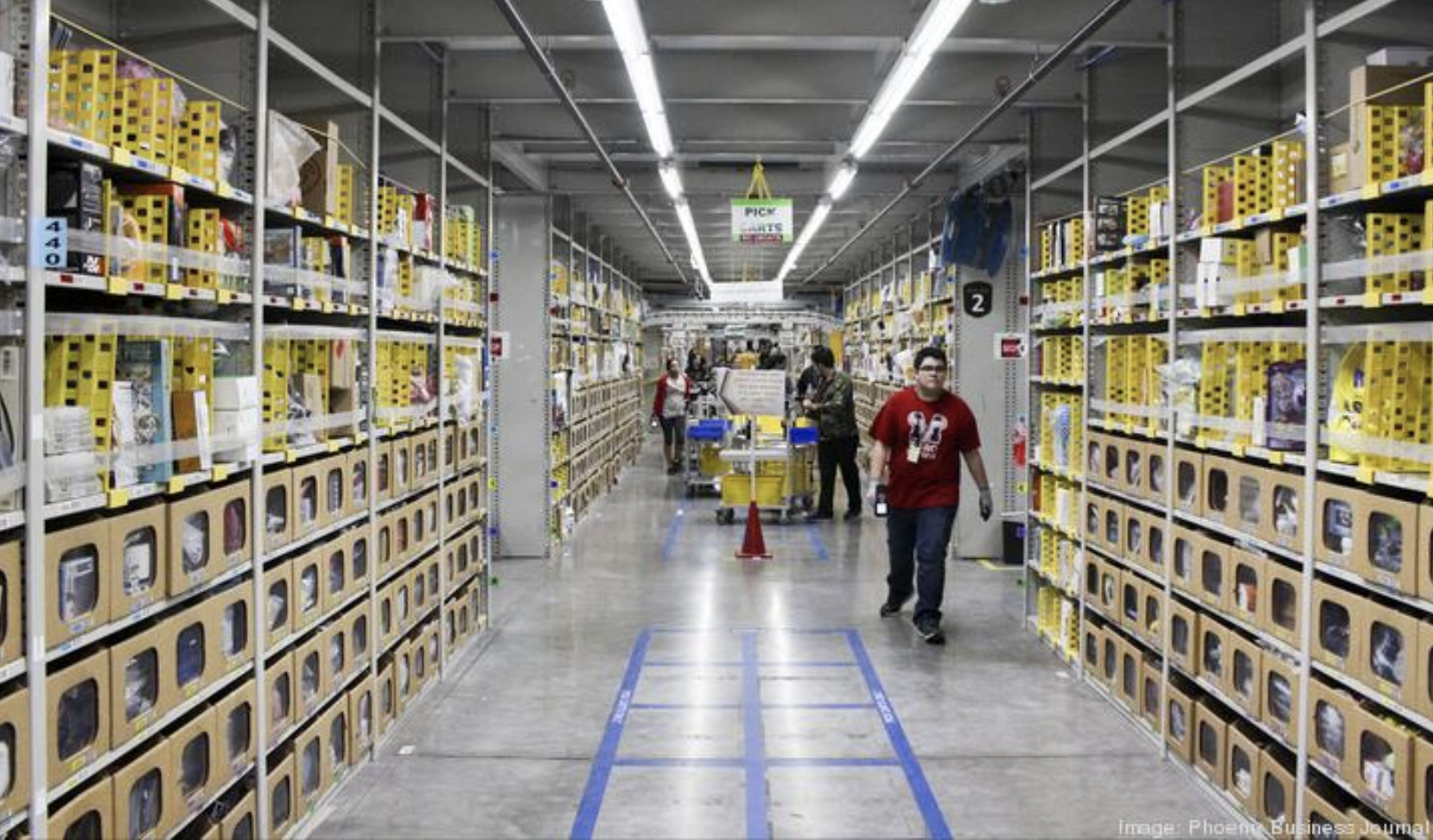 Amazon.com Inc. bought 91.5 acres of land in Goodyear for $19.85 million, according to real estate database Vizzda.

The parcel is near Cotton Lane and Indian School Road, west of Loop 303 in Goodyear.

The land is adjacent to a large parcel owned by Liberty Property Trust, where Liberty is developing Liberty 303, a large industrial park totaling about 112 acres, according to city of Goodyear documents.

According to Maricopa County documents, Amazon and Liberty will each pay a portion of costs for public infrastructure improvements near the site. Public documents do not indicate what Amazon plans to build on the site.

The land is near the Loop 303 corridor, which has become a hot spot for industrial development. In February, Phoenix-based Tratt Properties began developing the Elwood Logistics Center, a 1.3 million-square-foot speculative industrial park near the junction of Interstate 10 and Loop 303.

The e-commerce giant has a large Valley presence. In 2019, construction was completed on the second phase of the 10 West Logistics Center in southwest Phoenix, which included 569,301 square feet that were leased by Amazon to be used as a fulfillment center.

Facilities leased by Amazon have recently been fetching high prices around the West Valley. For example, Los Angeles-based Cohen Asset Management bought the West 202 Logistics Center, which is leased by Amazon, in early March.

After Amazon said in March it would hire 6,500 seasonal, part-time employees in Arizona to cope with increased demand for products amid the spread of the coronavirus, the company said in May that it was looking to turn many of those jobs into full time positions.